I'm as normal as anyone here, says Imam Siddique from Bigg Boss house 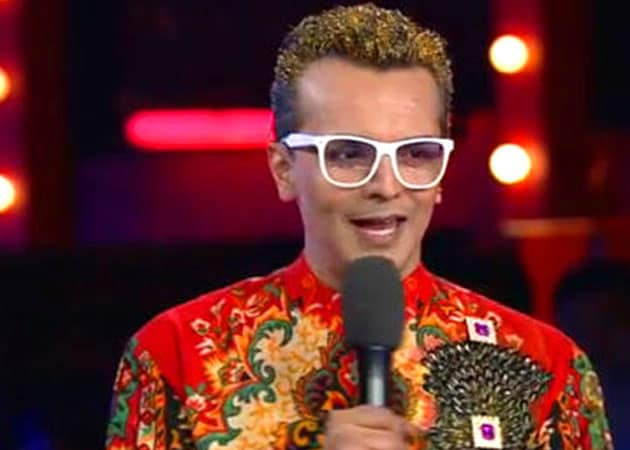 Imam, who goes ballistic at the drop of a hat, was seen having a tiff with the show's anchor Salman Khan a few days back during the nomination proceedings.

Known for creating ruckus in the Bigg Boss 6 house, Imam Siddique on Thursday said he is honest and sincere and reacts when angry.

Known for creating ruckus in the Bigg Boss 6 house, Imam Siddique on Thursday said he is honest and sincere and reacts when angry.
An image consultant in real life, Imam's outrageous behaviour forced Bigg Boss to evict him unceremoniously, but he later re-entered the show, but not much improvement has been noticed in his manners.
Imam, who destroyed things in the house and also threatened to strip, said: "I think I am an honest, sincere and humble person.... But yes, like everyone, I also have issues and react spontaneously when I am angry. I am as normal as anyone here."
He was speaking at a press interaction held inside the Bigg Boss house on Thursday in Lonavala. Quite true to its tagline alag che (it's different), the producers allowed the inmates of the sixth season to interact with media during the show. It had never happened in the earlier five seasons.
Imam, who goes ballistic at the drop of a hat, was seen having a tiff with the show's anchor Salman Khan a few days back during the nomination proceedings.
When asked about that, he admitted his mistake, but calrified: "I didn't have a tiff with him. I misbehaved with him...I have respect for him and I know him since the last 25 years. This is not the right time to talk about it."
In Wednesday's episode, Imam was kidnapped from the storeroom of the Bigg Boss house and kept in a solitary confinement where his only connection to his housemates was a TV set that allowed him to see and hear what they feel about him.
Imam says this exercise helped him.
"I was put there and this helped me get rid of all the misunderstandings. I got to know the reality and my eyes were opened," said Imam, who was seen behaving exactly how he is seen on the show - he was blowing kisses, being loud and posing in front of the camera to attract attention.
Other contestants were also very happy to see the media and welcomed all questions.
The show started on Colors channel in October last year with 15 contestants. Currently model Niketan Madhok, one of the finalists, is inside the house along with Rajeev Paul, Urvashi Dholakia, Sana Khan, Delnaaz Irani, Sapna Bhavnani and Imam.
The finale is said to be on January 12 and the winner will reportedly take home Rs 50 lakh.