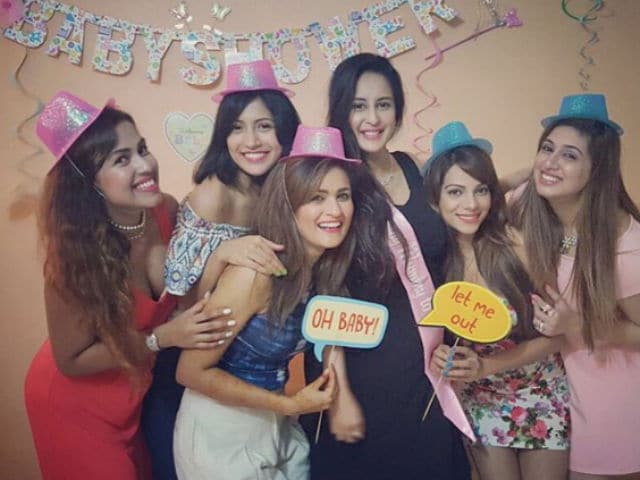 
Tnx my darlings for this surprise baby shower, you'll mean so much to my life luv u girls to bits .. @tanvithakker @shraddhajaiswal @vahbz

And this is such a beautiful shot.