FIR actress Kavita Kaushik will marry her boyfriend Ronnit Biswas in Kedarnath on Friday. She made a formal announcement about the wedding last week through a text message 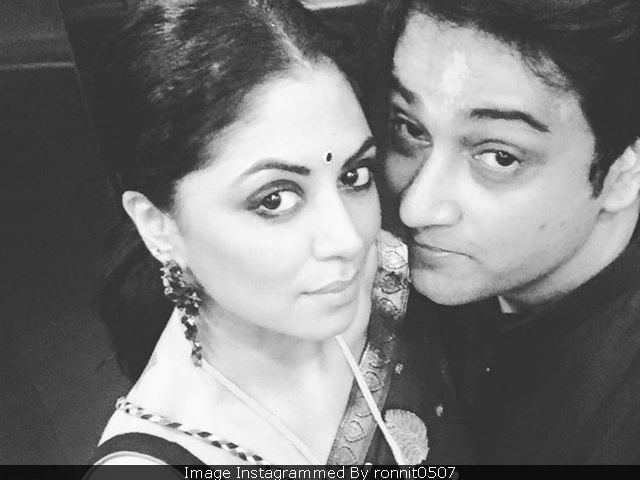 Kavita and Ronit will marry on January 27 (Courtesy: ronnit0507)

Television actress Kavita Kaushik, who became a household name after featuring as Chandramukhi Chautala in FIR is all set to marry beau Ronnit Biswas on January 27 in Kedarnath temple. The wedding rituals began on Monday with a haldi ceremony at her Mumbai residence. Kavita's close friends from the industry were a part of the ceremony. Kavita's mehendi ceremony has been scheduled for today. It was last week, that the 35-year-old actress announced her wedding to Ronnit through a text message. Spotboye.com quoted Kavita's message, "Hello , I have a news to share , I'm getting married to my best friend Ronnit Biswas and starting a new life as a Mrs on the 27th of January , this is an impromptu call and decision taken 2 days back ..you can also call it divine intervention, (no I'm not preggy) now the main catch - we are travelling close to Kedarnath to a shiv Parvati temple and doing a simple temple wedding."
Kavita posted a picture of herself with Ronnit from her haldi and wrote: "Haath peelay"

The bride-to-be looked beautiful in a yellow lehenga and a peach dupatta. She accessorised her look with kundan jewellery and a gajra.
Here are some pictures from Kavita and Ronnit's haldi diaries:

Actress Aashka Goradia came in with her American boyfriend Brent Goble. The actress, who is currently seen in Naagin 2 got engaged to Brent last month.

Kavita was in a relationship with television actor Karan Grover earlier. They both participated in celebrity couples dance reality show Nach Baliye 3. However, they parted their ways in 2008. Later, she dated actor Nawab Shah.
Ronnit also shared a picture from their haldi ceremony with a message for his lady love.
Congratulations, Kavita and Ronnit.