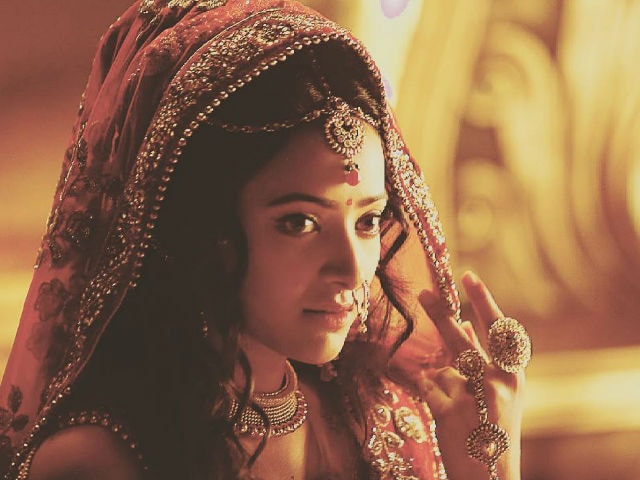 This image was posted on Instagram byShweta Basu Prasad

Actress Shweta Basu Prasad is returning to the small screen in new television show Chandra Nandini. Shweta, 26, who started off as a child artiste on television shows Kutumb and Kahaani Ghar Ghar Kii, plays a warrior princess in the show and she means business.
Here's a glimpse of her sword fight routine:

As a child star Shweta also featured in Karishma Kaa Karishma and The Magic Make-Up Box.
Earlier this year, Shweta featured in a short film Interior Cafe co-starring Naseeruddin Shah, with whom she worked in 2005 film Iqbal, and Shernaz Patel, the younger version of who Shweta plays in the short. Shweta is credited as co-producer in the film, which is directed by Adhiraj Bose.
Shweta Basu Prasad also won the National Award for her role in Makdee.
In an earlier interview Shweta said that it's difficult to survive in showbiz without a godfather. "I've been an outsider, who has grown up in the industry because people have seen my work. But, yes it is slightly difficult as you have to keep reminding people and go for auditions. I know a lot of people. I keep getting auditions once in a while. But being an outsider, it's quite tough to make a mark in the industry," she told IANS.
Chandra Nandini features Rajat Tokas as Chandragupta Maurya while Shweta plays as Nandini, whose father Dhana Nanda was killed by Chandragupta Maurya.