Anika told Shivaay that they should help the lovers, Tia and Dushyant 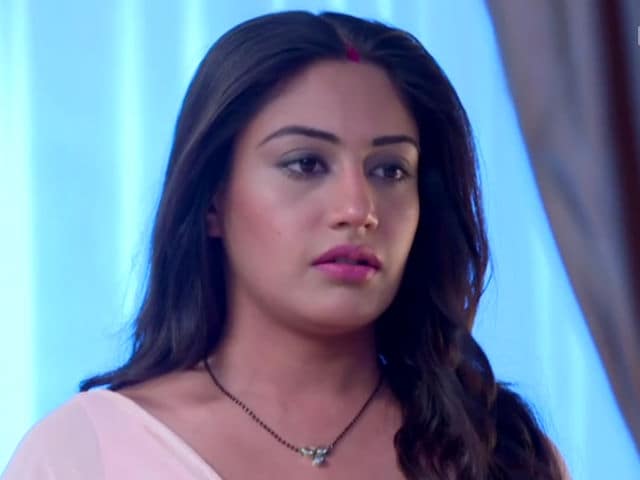 The Ishqbaaz episode on February 14 opened with Anika finding some clue about Dushyant, who Anika thinks is Tia's boyfriend. Now, a little recap. Shivaay asked Tia who Dushyant is and why she panicked when Anika took his name. To which she replied that he is no one and because Anika took her phone all of a sudden, hence, she got perturbed. Meanwhile, Anika entered the room and apologised to Tia for her behaviour. Shivaay's mother later entered the room and asked Tia about her and the baby's health. Anika then learnt that Tia is pregnant and later asked Shivaay about it. However, Shivaay asked Anika to stay away from the matter.
However, Anika told Shivaay that they should help Tia and Dushyant meet and further added that Tia loves him a lot.
In a change of scene later, Anika sneaked into Tia's room in an attempt to find out about Dushyant. She found some photographs of Tia with a guy, who she assumed to be Dushyant. She later checked Tia's phone and dialled Dushyant's number. The call was received by Tia's mother, who thought Tia had called her. Anika was shocked to know that the other person (Tia's mother) told her not to call back again. She believed that everyone's against Tia and Dushyant's relationship and hence decided to help them.
Later, she went to the address, which she overheard on the phone. Meanwhile, Shivaay searched for Anika in the entire house.
However, he found the address on which Anika had gone. Shivaay then reached the place and asked Anika what she was doing there.
After reaching home, Anika told the entire family that she wants Tia and Dushyant to unite and that Tia is pregnant with his child.