Ishqbaaz: Shivaay, who wanted to make Anika jealous, re-iterated that his wedding with Tia is not far and Anika must make proper arrangements 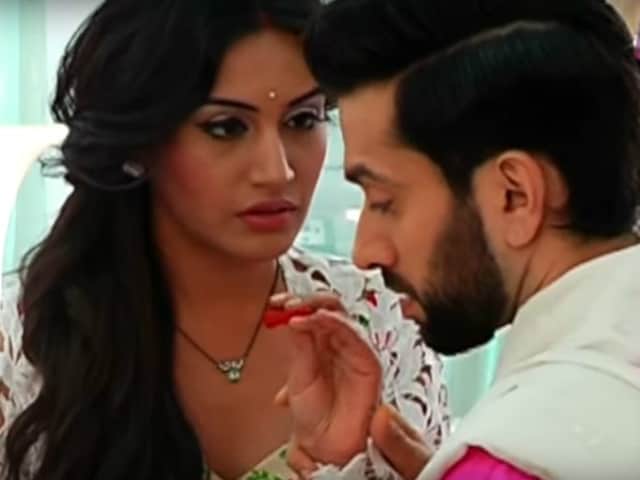 The Ishqbaaz episode of Tuesday started with Shivaay getting hold of Mrs Kapoor's phone and searched for the video he was looking for but failed to find it. The episode continued with the pre-wedding ceremonies of Shivaay and Tia. Soon, the scene changed to an encounter between Shivaay and Anika. Shivaay got uncomfortable when he spotted Anika flirting with an acquaintance on phone. When asked about the identity of the person, Anika's smart comeback was that she has lost her memory and cannot recall who it is. But Anika also confessed that she had a great time talking to her "friend" on phone, and Shivaay was green with envy in no time.
In another turn of events, Tia and Svetlana's enemy Romi was arrived at the wedding in disguise and called Shivaay to say that she can help him with the video. Shivay, who remained unaware of Romi's identity, was startled after the phone call.
Meanwhile, Shivaay's mother arrived to summon Anika who is in charge of the wedding arrangements. Shivaay, who wanted to make Anika jealous, re-iterated that his wedding with Tia is not far and Anika must make proper arrangements. Anika got extremely upset and left the conversation mid-way.
Soon, it was time for Shivaay and Tia's mehendi ceremony. As everyone gathered around the stylish couple, Shivaay could not take his eyes of Anika, who appeared heartbroken. As Shivaay and Tia were blessed with a shower of flowers, Shivaay appeared to be lost in his imagination when he shared a personal moment with Anika.
The Ishqbaaz episode of Tuesday ended with Anika trying to fix Shivaay's outfit, when Shivaay held her by the wrist and refused to let go of her.