Ishqbaaz: As Anika was about to put her hand in the bowl of mehendi, Shivaay rushed to the spot and pulled her away 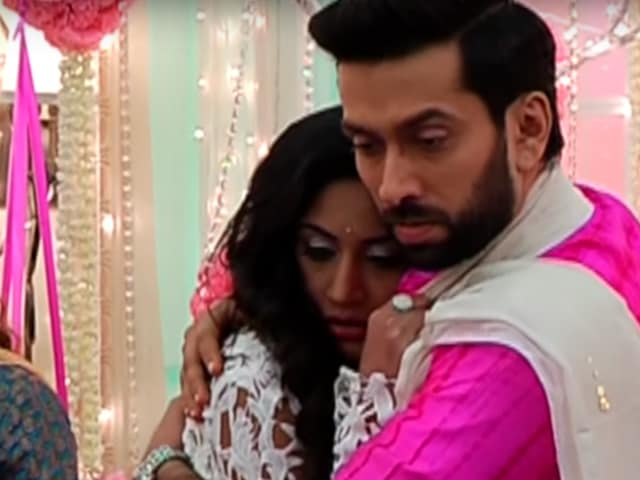 Wednesday's Ishqbaaz episode kicked off on an intimidating note. The setting is of course inside the mehendi ceremony of Shivaay and Tia. As everybody got ready for the final rituals of mehendi, Mrs Kapoor mixed acid with another batch of mehendi and handed it over to a butler. She then arrived at the ceremony and declared that the mehendi, which Shivaay's mother has prepared, appeared pale and needed to be changed. Mrs Kapoor also demanded that a fresh batch of mehendi be prepared by hand-mixing and gestured the butler to get the chemically tampered mehendi. Meanwhile, Shivaay's mother summoned Anika to prepare the mehendi for Shivaay and Tia. As Anika was about to put her hand in the bowl, Shivaay rushed to the spot and pulled her away.
Everyone was taken aback as the bowl of mehendi spilled and burnt the carpet. It was actually Tia and Svetlana's enemy Romi, who had called and informed Shivaay about it. All this while Romi has been lurking inside the wedding ceremonies in disguise and suddenly Shivaay noticed something unusual. He could identify Romi as someone who is different from the rest of the crowd. Romi figured that Shivaay might have spotted her and made an exit.
Soon, the scene changed to an encounter between Shivaay and Anika - they have a rude argument when Anika told Shivaay that she will never have feelings for him. Shivaay took it as a challenge and told Anika that Shivaay Singh Oberoi is a winner and will eventually win Anika's heart. As Tia appeared to be rather indifferent about Shivaay, Svetlana advised her to be more attentive towards her fiance.