It's a Boy For Kanchi Kaul, Shabbir Ahluwalia 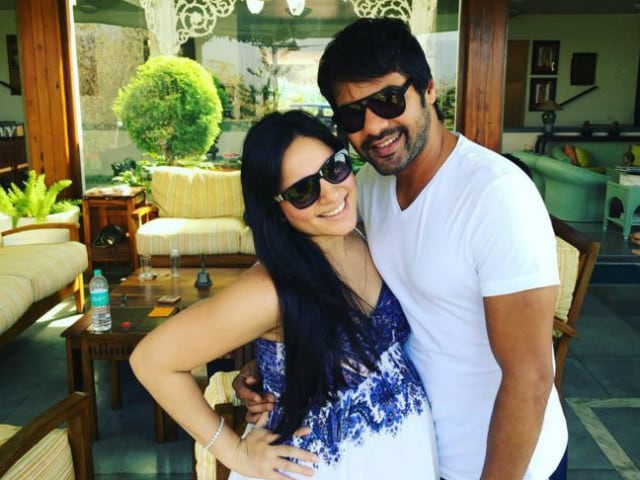 Television actress Kanchi Kaul gave birth to a baby boy. Her husband, actor Shabbir Ahluwalia shared the news on Twitter. Kanchi and Shabbir, who married in 2011, are also proud parents to son Azai, who was born in 2014.


Proud big brother Azai,would like to introduce his new partner in crime that will forever share the blame
BOY it is , THANK YOU GOD


It's a Boy!! Congratulations my dear friends @KANCHIKAUL & @SHABIRAHLUWALIA on becoming proud parents again- lil Azai has a littler brother.

Earlier in January, Kanchi had shared an adorable picture of the two on Instagram:

She was also spotted at Salman Khan's sister Arpita Khan Sharma's baby shower with Riteish's actress-wife Genelia D'Souza, who is also expecting her second child:(Also Read: These Pictures of Kanchi Kaul With Her Baby Bump Will Make You Smile)


#Repost @arpitakhansharma with @repostapp. Two of the sweetest girlies I know,love them @geneliad @kanchikaul thank you for coming and celebrating our special day with us

Shabbir, 36, has starred in movies like Shootout at Lokhandwala and Mission Istaanbul.
Shabbir currently features in Kumkum Bhagya and has also worked in television shows like Kahiin to Hoga and Kayamath. Kanchi, 33, has starred in serials like Ek Ladki Anjaani Si and Maayka. She also appeared in 2004 movie Who Tera Naam Tha.