"I took a little bit of time to think about it because I thought it was quite an unconventional choice to have me as a judge. I didn't know if I was prepared enough to take something like that on," Jacqueline said 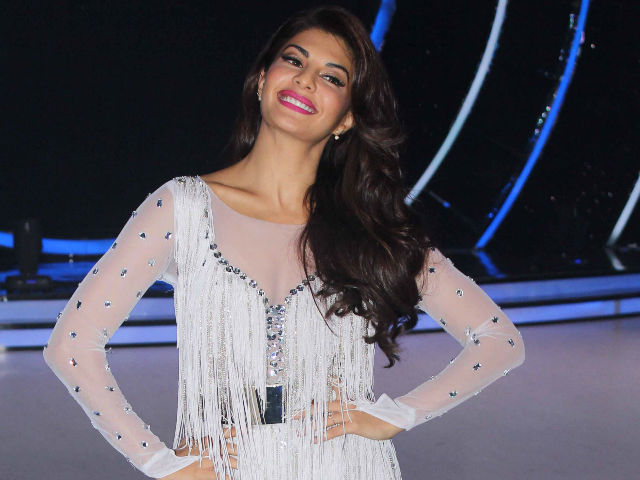 Jacqueline Fernandez on the sets of Jhalak Dikhhla Jaa 9.

Jacqueline Fernandez may have got a lot of praise for her dancing moves in songs like Jumme Ki Raat and Chitiya Kalaiyan, but the actress says there was a time when she was "shouted at" for not being good.
Jacqueline says she worked hard to improve herself as a dancer and got better with time.
When asked if she was always a good dancer, the Dishoom star told PTI, "No, my God, never. I was screamed at, shouted at and made fun of when I did my first movie by certain choreographers I can't name. It was a very important lesson because it basically kind of woke me up."
After that the 30-year-old actress started training in dance so as to not hold back a film.
"It was then that I started training in dance because I didn't want to disappoint and hold a movie back anyway with my 'not up to the mark' dancing. I worked on that and I grew on to love it. I wish I could honestly invest more time on it on training because it is very therapeutic," she said.
Jacqueline will now be seen as a judge on the season nine of dance reality show Jhalak Dikhhla Jaa.
The Kick actress says when the show was offered to her, she took her time to think as she found herself to be an "unconventional" choice to be a judge.
"I took a little bit of time to think about it because I thought it was quite an unconventional choice to have me as a judge. I didn't know if I was prepared enough to take something like that on," Jacqueline said.
"It was also very daunting knowing that I am going to be watched by millions of viewers, I didn't know how to deal with that. I did my first day and I was extremely nervous," she added.
The celebrity contestants on season nine include Arjun Bijlani, Shakti Arora, Helly Shah, Surveen Chawla, Karishma Tanna, Gaurav Gera, Salman Yusuff Khan, Shantanu Maheshwari, Nora Fatehi, Chef Harpal Singh, Sidhant Gupta and dancer duo Priyanka & Poonam.
Jacqueline says she feels a huge pressure to judge the contestants as they are celebrities who also have massive fan following. "It (judging) does out a pressure on me. I am realizing now how popular they are. They are huge TV personalities who are so talented in their own right and I am trying to learn about them, their shows," she said.
(Except for the headline, this story has not been edited by NDTV staff and is published from a syndicated feed.)