A planned multi-city tour was reportedly cancelled but Salman, who has still not apologised for his remark, did promote the film on The Kapil Sharma Show on Sunday Kapil Sharma, Anushka Sharma and Salman Khan photographed on the sets of the show.

Last week, the producers of Sultan were reported to be minimising their star Salman Khan's appearances to publicise new film Sultan after his 'raped woman' comment. A planned multi-city tour was reportedly cancelled but Salman, who has still not apologised for his remark, did promote the film on The Kapil Sharma Show on Sunday. The 50-year-old actor was accompanied by co-star Anushka Sharma.
Anushka, 28, looked lovely in a Ridhi Mehra ensemble while Salman was dressed in casuals. 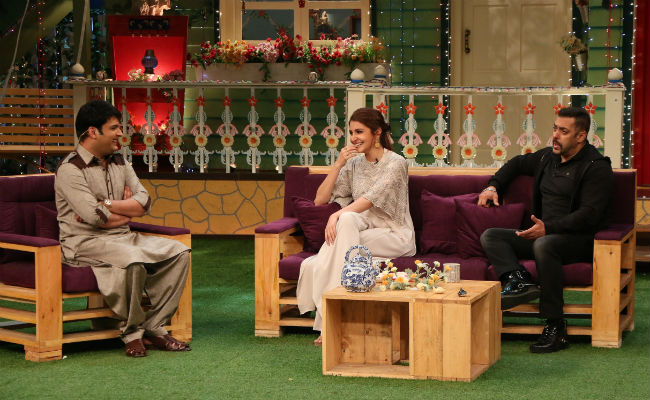 And then, some bass for the baby. Salman joined Ali Asgar in his act. 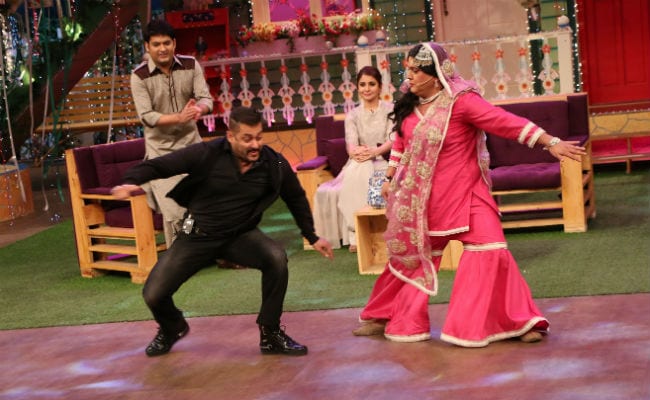 One for Rochelle Rao and Kiku Sharda. 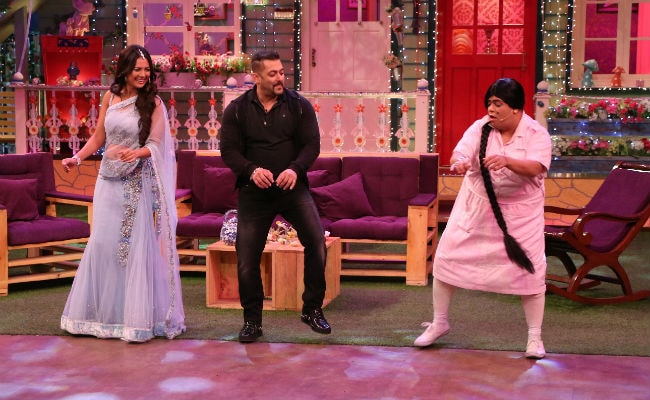 It appears that Salman and Anushka had a great time on the show. Meanwhile, Salman Khan responded to a summons from the National Commission of Women last Wednesday with a lawyer's letter which did not contain an apology. He has been summoned again on July 8.
On Monday, Aamir Khan branded Salman's comment as "rather unfortunate and rather insensitive." His was the first piece of unqualified criticism from a top star, coming as it did in the wake of Shah Rukh Khan who last week begged off from offering an opinion.
Sultan, in which both Salman and Anushka play wrestlers, will release on Wednesday.