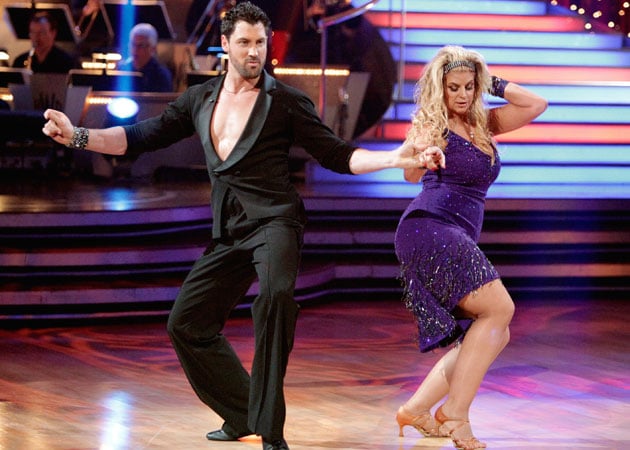 The show will air from June 7 on Colors

Season 7 of the dance reality show Jhalak Dikhla Jaa will see Ukrainian dance expert Maksim Chmerkovskiy on the jury.
Maksim Chmerkovskiy is the winner of American dance reality show Dancing With The Stars 2014.
He will join choreographer-director Remo D'Souza, actress Madhuri Dixit and filmmaker Karan Johar on the jury panel. (Also Read: What is Sreesanth doing on the show)
Besides this, international choreographer Elena Samodanova has also been roped in. The channel is yet to reveal a male contestant who will shake a leg with her on the show. This season contestants will be seen performing dance forms from all over the world.
"This season I would be learning different style of western dance forms. Also, we would like to see contestants doing different dance forms. There will be various twists and turns on the show," Madhuri Dixit had said at the launch of Jhalak Dikhla Jaa last night here.
With more trained contestants performing, this season is expected to get more challenging.
The 13 celebrity contestants are - Purab Kohli, Andy, Sukhwinder Singh, Karan Tacker, Sophie Choudry, Kritika Kamra, Mouni Roy, S Sreesanth, Puja Bose, Palak (played by Kiku Sharda), Shakti Mohan, Akshat (Salman fan, dancer) and Ashish Sharma.
Dance India Dance winner Salman Yusuf Khan and dancer Lauren Gottlieb will team up to challenge contestants in an exciting dance combat.
The show will air from June 7 on Colors.