Jim Parsons calls his boyfriend his favourite person on the planet 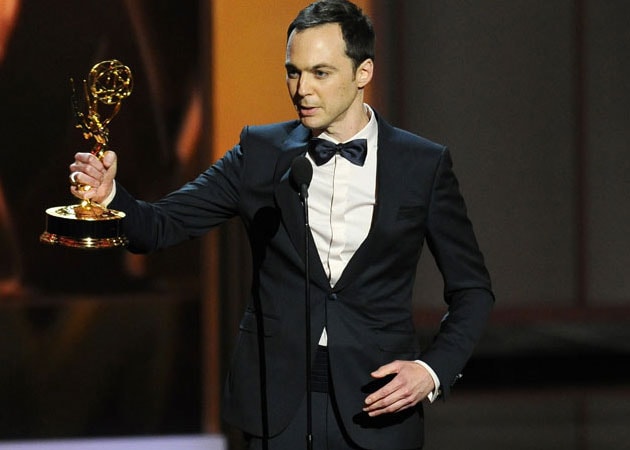 Jim Parsons won the award for the Best Actor in a Comedy Series at the 65th Emmy Awards.

The Big Bang Theory star Jim Parsons called his longtime boyfriend, Todd Spiewak, his favourite person on the planet, while receiving his Emmy Award.
The 40-year-old beat out Don Cheadle, Louis CK, Alec Baldwin, Jason Bateman, and Matt LeBlanc for Best Actor in a Comedy Series.
After rattling off the names of his costars, family, and manager, Parsons gave one last shout-out to his love of more than 10 years, reported Us magazine.
"Thanks to my favourite person on the planet, Todd Spiewak," he said.
The three-time Emmy winner has been with Spiewak for more than a decade. He quietly came out as gay during an interview with the New York Times in May 2012.
Of Parsons' role in The Normal Heart, writer Patrick Healy wrote, The Normal Heart resonated with him on a few levels: Mr. Parsons is gay and in a 10-year relationship, and working with an ensemble again onstage was like nourishment, he said.