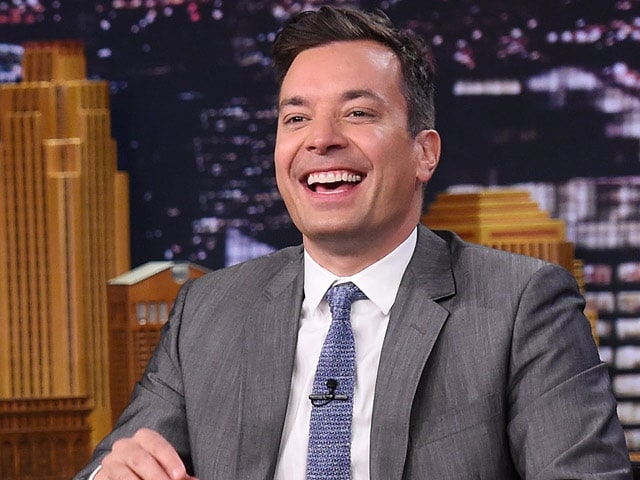 TV personality and talk show host Jimmy Fallon will return to host popular late night show Saturday Night Live and has roped in One Direction headliner Harry Styles as his guest. And the date is not far away. "Excited to announce Jimmyf Fallon and Harry Styles will be in Studio 8H on April 15!" read the announcement tweet from the show's official account. "So excited! A young heartthrob and Harry Styles will be on Saturday Night Live together April 15th! #WhenHarryMetJimmy #FallonStylesSNL," wrote Mr Fallon, who got really creative with the hashtags. Celebrated show host Jimmy Fallon shared the news like this:


So excited!!! A young heartthrob and Harry Styles will be on SNL together April 15th! #WhenHarryMetJimmy#FallonStylesSNL

Jimmy Fallon, the star of The Tonight Show Starring Jimmy Fallon, has been part of Saturday Night Live on and off and has hosted the show twice previously. Jimmy Fallon was part of the regular cast of Saturday Night Live for six years - from 1998 to 2004. Jimmy Fallon also hosted the Golden Globes in January this year.
Saturday Night Live is currently in its 41st season and has had guests like Alec Baldwin, Chris Rock, Drew Barrymore, Britney Spears and US President Donald Trump to host several episodes. Alec Baldwin, who is intensely associated with Saturday Night Live, have guest-hosted the show for a record number of 16 times since his debut in 1990.
Meanwhile, Harry Styles is gearing up for the release of Christopher Nolan's upcoming thriller Dunkirk, also featuring Tom Hardy and Mark Rylance. War drama Dunkirk traces the story of how Germany advanced into France and the evacuation of trapped troops from the shores of Dunkirk.