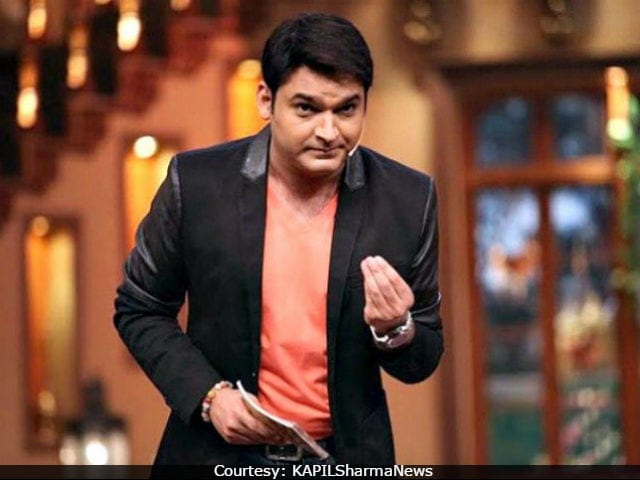 The Kapil Sharma Show is feeling the consequences of the alleged fight between its headliner Kapil Sharma and cast member Sunil Grover. Wednesday's recording was cancelled, a rep for Sony, the channel that airs the series, told NDTV, allegedly after a no-show from many of Mr Sharma's fellow comics and the show's failure to line up a celebrity guest. The embattled comedy series did shoot and episode on Monday, for which neither Mr Grover nor his castmates Ali Asgar, Chandan Prabhakar or Sugandha Mishra were present. Kiku Sharda was the only actor to report to set - producers claim that the episode was packed with guests stars and the series regulars were not required. The actors' reported absenting themselves from the planned Wednesday shoot is being seen as a show of support for Sunil Grover who was allegedly assaulted by Kapil Sharma on a flight some days ago.
Kapil Sharma's team declined to comment on his behalf.
The backstory between Kapil Sharma and Sunil Grover is one of alleged drunkenness and terrible behaviour on Mr Sharma's part. In a Facebook post earlier this week, Kapil Sharma claimed he 'argued' with Sunil Grover - anonymous eyewitnesses later told various media outlets that Mr Sharma flew into a drink-fuelled rage on a flight from Melbourne because his castmates began their meal without him and assaulted Mr Grover with a shoe when he intervened.
Mr Sharma later tweeted and apology to Mr Grover, who accused his co-star of 'acting like God' in a responding tweet.
Sunil Grover's alleged exit from The Kapil Sharma Show has not been confirmed. Reports suggest that comedian Raju Srivastava, who was one of the guest stars drafted in for Monday's recording, has been asked to join the show as a regular cast member. Mr Srivastava told NDTV that he has not been asked to join yet and that if he is, he will not be a replacement for either Mr Grover or anyone else. Sunil Grover plays the characters Rinku Bhabhi and Dr Mashoor Gulati on the show.
If Sunil Grover has indeed exited, it will be his second departure - he left the former show, Comedy Nights With Kapil, citing payment issues.