Kapil Sharma's Latest Photos Will Make You Hit The Gym 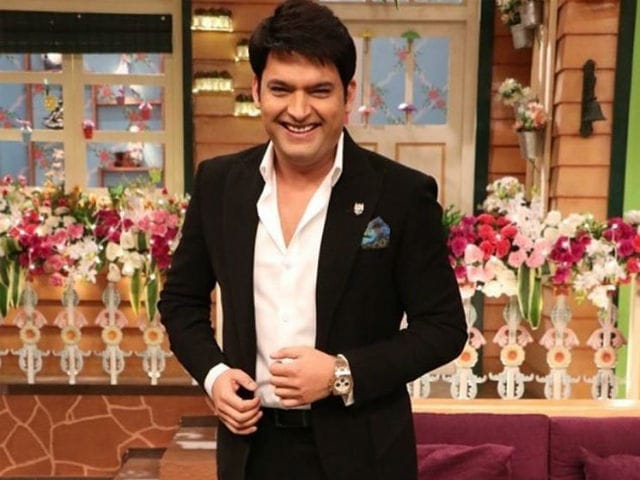 Television host and stand-up comedian Kapil Sharma is now mastering the art of body building and has been working hard for the past couple of months. His co-star and comedian Sunil Grover shared some pictures of Kapil at the gym. The Kis Kis ko Pyaar Karu actor is seen working out with full dedication. Kapil became a household name after he launched his own his own show Comedy Nights with Kapil. In 2007, he made his first television debut with the comedy reality show The Great Indian Laughter Challenge, which he even won. He also hosted dance reality show Jhalak Dikhhla Jaa Season 6.
Sunil, who plays Dr Mashoor Gulati in Comedy Nights with Kapil wrote on Twitter, "This is not funny dude."


This is not funny dude. @KapilSharmaK9pic.twitter.com/WL5QFslPUd

Kapil, 35, too posted a picture of his doing yoga.


Good morning everybody.. day starts with workout n yoga.. lots of love to all of u :)) pic.twitter.com/6uSgol9I7E

Recently, a police complaint was filed against Kapil for alleged illegal construction near his home in Mumbai's suburb Andheri which have impacted mangroves in the area. He had been booked under the Environment Protection Act and the Maharashtra Regional and Town Planning Act, said news agency PTI report. Also, the Brihanmumbai Municipal Corporation (BMC) had issued a demolition notice to Kapil in April, claiming that some portions in the actor's apartment were illegal.
Kapil made his Bollywood debut in September 2015 as the male lead in the Abbas-Mustan-directed film Kis Kisko Pyaar Karoon opposite four actresses, Elli Avram, Manjari Phadnis, Simran Kaur Mundi and Sai Lokur. The film received mixed reviews.