Karan Johar: I'm Botoxed, Adjusted my Nose. Everyone in Bollywood Does it

"It's me, my face. I am botoxed, I put collagen up there, I have adjusted my nose, I have done what everyone does in my industry, so that is one of the things," says Karan Johar 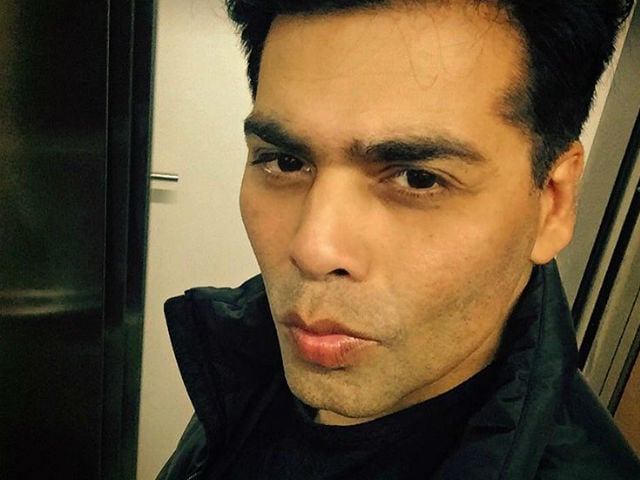 This image was posted on Instagram by Karan Johar

Filmmaker Karan Johar has admitted to using Botox and says that going under the knife is one of Bollywood's best-kept secrets.
The 44-year-old director, whose movie Ae Dil Hai Mushkil released today after much ado, spoke about getting the cosmetic procedure done in a special video which he shot to publicise the new season of his popular talk show Koffee with Karan.
"It's me, my face. I am Botoxed, I put collagen up there, I have adjusted my nose, I have done what everyone does in my industry, so that is one of the things," Karan says in the video.
Explosive revelations about keeping up appearances in Bollywood apart, Karan says: "What is the second thing? Well, there will be some fun coming up in the Rapid Fire Round. There will actually be some additional add-ons; nothing really changes in this show as you know, because you don't allow new celebrities to walk into the industry.
"So pretty much the same people, different combinations. Fortunately everyone has a new lover, a new enemy and a new controversy to talk about."
Karan Johar is also excited about the new set of the show, which will air November 6 onwards.
"The third thing is, uh, well, the set. You have to see it, it is stripes, black and white, just like a Zebra is, but you can't cross over at all. Alright! And I am the one who will ask the questions," he says.
In its past seasons, Koffee With Karan has had a guest list comprised of the elite of the film industry. The celebrity roll call included Amitabh Bachchan, Shah Rukh Khan, Kajol, Rani Mukerji, Kareena Kapoor, Saif Ali Khan, Preity Zinta, Aishwarya Rai Bachchan, Anil Kapoor, Sonam Kapoor, Parineeti Chopra and Alia Bhatt.
This time, Shah Rukh Khan and Alia Bhatt will be promoting their upcoming film Dear Zindagi on the fifth season of the talk show.