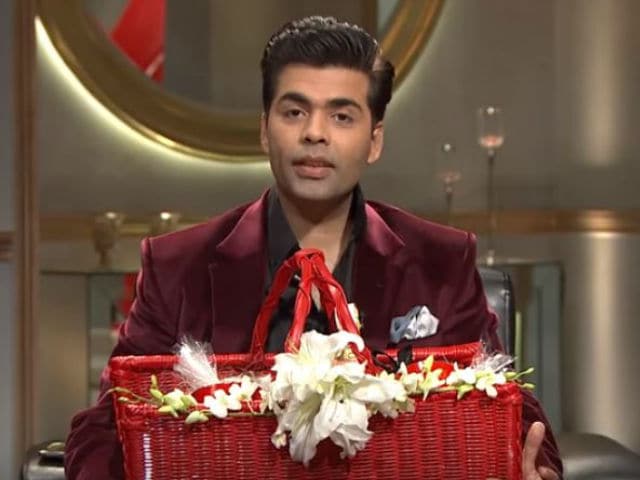 Karan Johar in Koffee With Karan.

Filmmaker Karan Johar is all set to return to television which freshly brewed Koffee. Shooting of his popular television show Kofee With Karan has started.
KJo shared a picture from the sets with a customary Koffee mug and pout but he remained tight lipped about the guests. He just revealed one thing:

Excited much?
Karan Johar's Koffee guest list is highly anticipated and rumour has it that his close friend and actor of films like My Name Is Khan and kuch Kuch Hota Hai Shah Rukh Khan will open the upcoming fifth season. Alia Bhatt. Karan's Student and SRK's Dear Zindagi co-star, may accompany him.
Shah Rukh, who was Karan's first guest in seasons 1 to 3 failed to make an appearance last time. Instead, Salman Khan and Aamir Khan made their Koffee debut. Salman was joined by his father Salim Khan while Kiran Rao kept company to Aamir.
Other popular duos from last year were Kareena Kapoor Khan and cousin Ranbir Kapoor, Gunday co-stars Arjun Kapoor and Ranveer Singh and Bajirao Mastani actresses Priyanka Chopra and Deepika Padukone.