Karan Johar's Guests Perform The Koffee Rap In This Funny Video. Seen Yet?

After the first promo of the season which had only Karan's face in various expressions, this is another attempt by the show to keep interests piqued 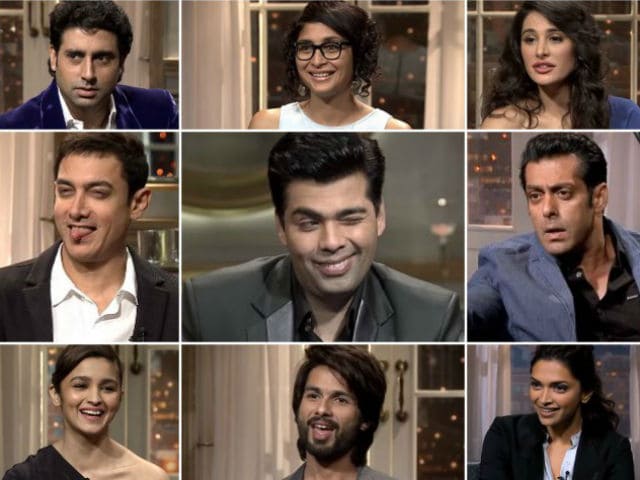 Stills from Koffee With Karan

Koffee With Karan Season 5 is all set to premiere in two weeks, but Karan Johar is still having a laugh as he awaits the kick-off.
It looks like someone in his team has a lot of time on his hands, and just to keep the ball rolling, the team has created a hilarious video called The Koffee Rap which features snips of past episodes and guests, put onto a catchy beat, seeming like they're all part of a funky rap number.


The #koffeemashup#koffeewithkaranhttps://t.co/HxFjdXlePj coming on the 6th of NOVEMBER on @StarWorldIndia

Funnily enough, the bits are all of guests successfully or unsuccessfully dodging the controversial and risque questions that Karan often asks on the show to spice it up. The video is a montage of many previous guests including Akshay Kumar, Kiran Rao, Shahid Kapoor, Ranveer Singh adding to the beat.
After the first promo of the season which had only Karan's face in various expressions, this is another attempt by the show to keep interests piqued. Season 5 begins November 6 and it is speculated that the first episode will feature Dear Zindagi co-stars Shah Rukh Khan and Alia Bhatt.
Watch the video here: