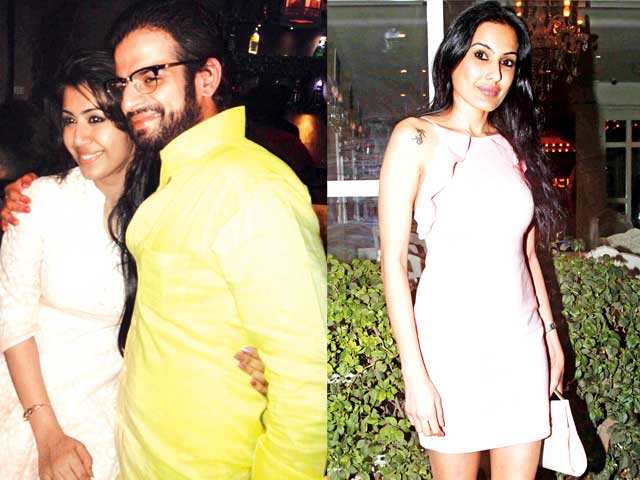 Yeh Hai Mohabbatein actor Karan Patel is all set to tie the knot with actress Ankita Bhargava, last seen as Latika in Ekk Nayi Pehchaan, instead of ladylove Kamya Punjabi.

Interestingly, she is the daughter of actor Abhay Bhargava, who essays the role of Karan's father-in-law, Mr Iyer, in the show.

Though the marriage date is yet to be fixed, the traditional roka ceremony is slated for March 14. The two met through their respective families. Karan confirms the report, saying: "Yes, Ankita and I are getting married."

The sudden announcement has set tongues wagging. Till recently, Karan, known for his flamboyant ways, was dating TV actress Kamya Punjabi. Buzz is that he suddenly decided to dump her and turn his attention to Ankita. The first indication that there was something amiss between Karan and Kamya was when he attended a Holi bash last week with Ankita and indulged in PDA.

A source says, "Kamya has been crying buckets. She has been telling her close buddies how Karan cheated on her. It has left her devastated. Kamya tried her best to salvage the situation, but Karan was in no mood to listen and turned abusive."

Karan and Kamya had bonded last year when they got together for Box Cricket League. She was often spotted in his company and visited him on the set of his show.

Kamya was earlier married to lights designer Bunty Negi with whom she has a daughter.