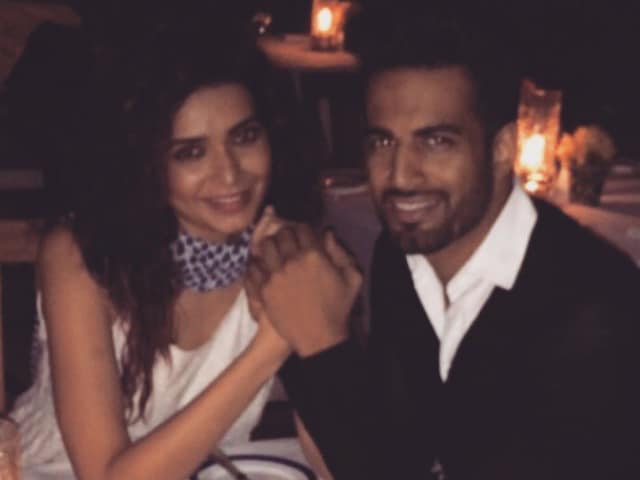 This image was posted on Instagram by Karishma Tanna

The couple, who got together on reality show Bigg Boss 8 will shake a leg in the seventh season of Nach Baliye

Actors Karishma Tanna and Upen Patel, whose crackling chemistry was there for all to see in reality show Bigg Boss 8, will now regale TV viewers with their dance skills in the next season of Nach Baliye.
The rumoured couple will next be seen together shaking a leg in the upcoming seventh season of the dance-based reality show. (Also Read: Karishma Tanna Posts Photo of Date With Upen Patel (Reminder: Bigg Boss is Over))
Karishma has appeared in shows like Kyunki Saas Bhi Kabhi Bahu Thi, Comedy Circus Maha-Sangram and Baal Veer. She will also be seen with actress Sunny Leone in Tina and Lolo.
Meanwhile, Upen, who has played supporting roles in films like 36 China Town, Namastey London and Ajab Prem Ki Ghazab Kahani was last seen in Tamil romantic thriller I.
Nach Baliye 7 will be aired on Star Plus.