Kashmera Shah shares vacation pictures of herself in bikini recently 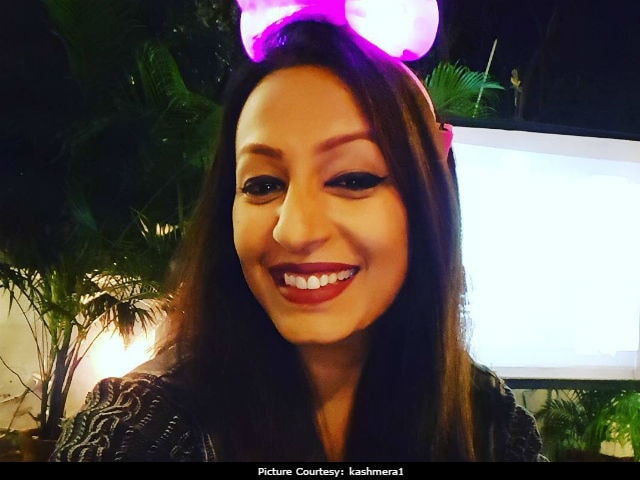 Kashmera Shah broke the internet by posting pictures of herself in bikini and swimwear on social media. The actress is currently vacationing in Goa without her comedian-husband Krushna Abhishek. Kashmera has been posting her Goa-vacation pictures for the past one week and continued doing the same till Valentine's Day. But she only started trending on Wednesday and sent the Internet into a meltdown. The former Bigg Boss contestant posted a picture on her official Instagram account posing in a black bikini along with a caption "Today is my bikini day." The actress continued teasing her fans and followers with more jealous-worthy pictures from her beach-side holiday.
This is how Kashmera's holiday looks like:


Today is my bikini day

So like I said...it's today...now or never. If you have it...fucking flaunt it

It appears that Kashmera Shah celebrated Valentine's Day alone in Goa. Her husband Krushna Abhishek did not make it to the Instagram posts shared by Kashmera. However, she wished her fans and followers 'Happy Valentine's Day' with cheerful selfies.
Kashmera Shah continued posting glimpses of her solo trip to Goa and kept her fans and followers updated. On Thursday, she Instagrammed a pool-side moment, in which she can be seen wearing a black and white bikini along with a sarong and posing in a pool. Kashmera Shah captioned one of her pictures "Goa the Hawaii of the east", where she can be seen chilling in Goa.
Here's how Kashmira broke the internet:

Another day by the pool

Goa the Hawaii of the east

The 45-year-old actress has co-starred with Salman Khan in 2000 film Kahin Pyaar Na Ho Jaye. The actress has also been making special appearances in her husband's comedy show Comedy Nights Bachao. Kashmera got married to her long-time boyfriend Krushna Abhishek in 2013 in a close ceremony. She also participated in dance reality show Nach Baliye Season 3 with her comedian-husband Krushna.