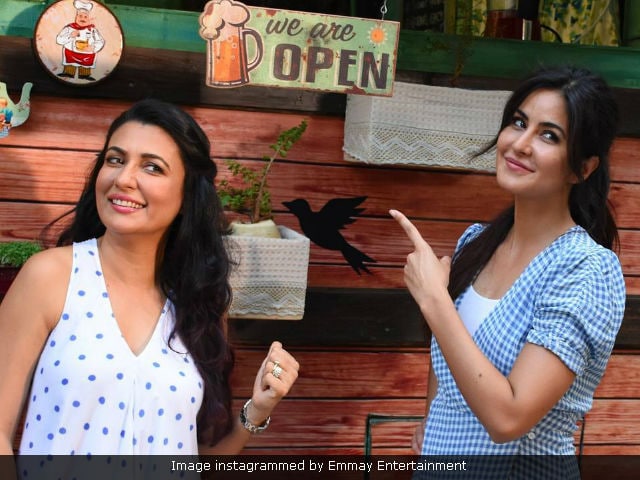 Katrina Kaif and Mini Mathur on the sets of The Mini Truck. (Image courtesy: Emmay Entertainment)


Miracle on #TheMiniTruck ..super proud of my friend Katrina Kaif who I didn't think would beat an egg.. but made some fabulous fresh coconut pancakes with ginger & chilli infused maple syrup ! Coming soon @indiafoodnetwork @emmayentertainment

Katrina Kaif was last seen in 2016 film Baar Baar Dekho and is awaiting the release of Jagga Jasoos, co-starring her ex-boyfriend Ranbir Kapoor. Meanwhile, Katrina Kaif is in talks with Mini's husband Kabir Khan for a new project, which may also include her Bang Bang! co-star Hrithik Roshan. The project is still in nascent stage and the cast hasn't been finalised. "Yes I have spoken to Hrithik and Katrina but there is no project as such which is being reported about," Kabir Khan told news agency PTI.
Katrina is busy filming Ali Abbas Zafar's Tiger Zinda Hai, co-starring Salman Khan. The film is a sequel to Ek Tha Tiger, which was directed by Kabir Khan. Ali Abbas Zafar, who last directed Salman Khan in Sultan told news agency PTI that Katrina is currently taking formal training in hand-to-hand combat and other forms to start filming her action sequences with Salman Khan. "Katrina will be going through a rigorous training programme in hand-to-hand fighting along with Kali knife fighting with specialised trainers from the UK and LA," he said.