Kavita Kaushik, Nawab Shah Didn't Split Up Because of Religion, He Says

Kavita Kaushik and Nawab Shah dated for five years before breaking up in July. Reports suggested different religious backgrounds were to blame 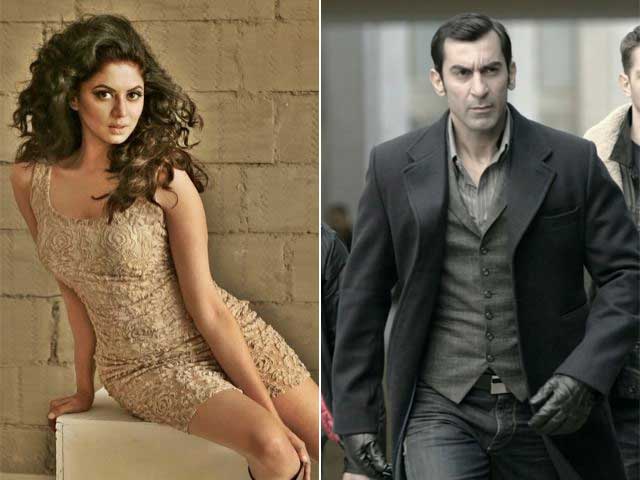 This picture was posted on Instagram by ikavitakaushik(L). Nawab Shah (R) in a still from Don 2

TV actors Kavita Kaushik and Nawab Shah's sudden split in July led to much speculation. Reports suggested that Kavita's parents disapproved of the five-year romance because of their different religious backgrounds. Nawab, 44, has told Times of India that this is not true.
Nawab, known for his work in Diwale and Don 2, told Times of India:"I don't understand why people are making a fuss about our religious backgrounds. I want to clear this once and for all - Kavita and I broke up because we had major differences for a long time. We are strong-headed individuals and in this day and age, religion cannot be a barrier in love, especially in a city like Mumbai, where people work and live together, regardless of caste or creed. Kavita and I did try to make our five-year relationship work, but we couldn't. We have gone our separate ways and I have nothing to do with Kavita anymore."
And now, the actor is in a 'happy space' because he has found love again. Nawab is in a relationship with Los Angeles-based cinematographer Diya Balki. Nawab told TOI, "I think I have found my soulmate in Diya. I believe that everything happens for the best, and currently I am in a happy state of mind. After my break-up with Kavita, I grew closer to Diya, who has been an old friend. I'll soon be going to LA for a two-month workshop. I'm looking forward to that."
Meanhwile, rumour has it that Kavita, 35, is dating old friend Ronit Biswas (seen in center in the picture below).

The FIR actress told Times of India that she will speak about her personal life soon.
"I know my father is with me and aligning all my stars up there for me and contrary to what people think, I am actually in a spiritually happy place and will talk about my life soon. Right now, I don't want to steal Nawab's thunder. I wish him happiness with his new life," Kavita said. Kavita Kaushik and Nawab Shah dated for five years before breaking up last July.
Kavita was last seen in the TV show Dr Bhanumati On Duty while Nawab recently appeared in Dilwale, starring Shah Rukh Khan and Kajol. He was also on the TV series, Nagarjun: Ek Yodha.