Keith Sequeira Says His Wedding To Rochelle Rao Can Wait. Here's Why

Rochelle Rao And Keith Sequeira got engaged on Valentine's Day. Keith said, "We are happy where we are. We want to enjoy this phase" 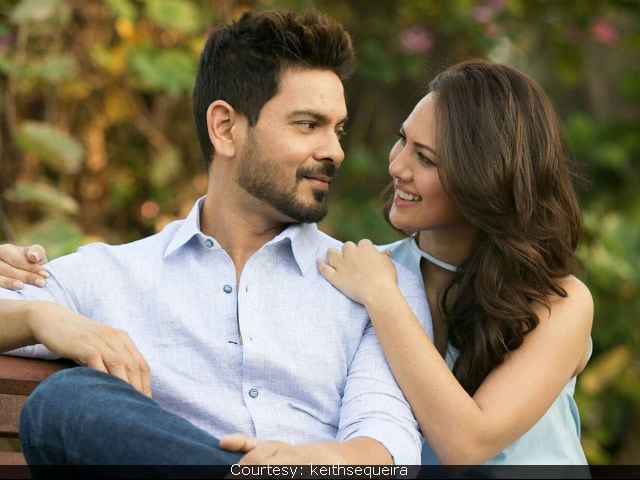 Former Bigg Boss contestant Keith Sequeira, who got engaged to long time girlfriend Rochelle Rao on Valentine's Day, February 14 told indianexpress.com that the couple is no hurry to get married. "We are happy where we are. We want to enjoy this phase. So, marriage can wait. We have too much work right now that I don't see marriage happening this year. There's still some time." Rochelle and Keith appeared together in the reality show Bigg Boss 9. They couple shared their engagement news via Instagram late on Tuesday. Keith wrote, "She said YES!" Keith further told indianexpress.com, "We had started dating just a few months before entering Bigg Boss and by the end of it, we realised that this is what we want for the future and we are in for a long haul."
The moment when Rochelle Rao said 'yes' to Keith Sequeira:

Earlier in the day, the couple shot for a Valentine's Day special sequence, where they spoke about what they love about each other.
Here are some of the pictures from their photoshoot:

Valentine's day special 3 things I love about @keithsequeira 3. He never judges me or other people! It gives me the freedom to be myself 100% Tag a friend who has the same quality. #kero #vdayspecial #tellthemyoulovethem #happyvalentinesday Photo Credit: @shannonzirkle Bespoke Shirt: @studiobas Dress: @rehanerules

Valentine's day special 3 things I love about @keithsequeira 1. How patient and kind he is with me and the world! Tell us what you love about your significant other and tag them. #vdayspecial #tellthemyoulovethem Photo Credit: @shannonzirkle Bespoke Shirt: @studiobas Dress: @rehanerules

Keith revealed that before he proposed to it Rochelle, the couple had had a huge fight. He told indianexpress.com, "We had a fight over going out of station. So, I left for my place and then later called her to watch a movie. I thought to myself, 'Maybe some other time.'" He further said that later when Rochelle apologised to him for ruining his plan, he felt bad and decided that it was the right time to propose to her.
Rochelle Rao and Keith Sequeira were amongst India's top models. Rochelle won the Miss India International title in 2012 and later featured in many reality shows. Meanwhile, Keith, who also was a popular VJ has starred in various television shows like Diya Aur Bati Hum and Doli Armano Ki. He was earlier married to actress Samyukta Singh.
Congratulations, you two.