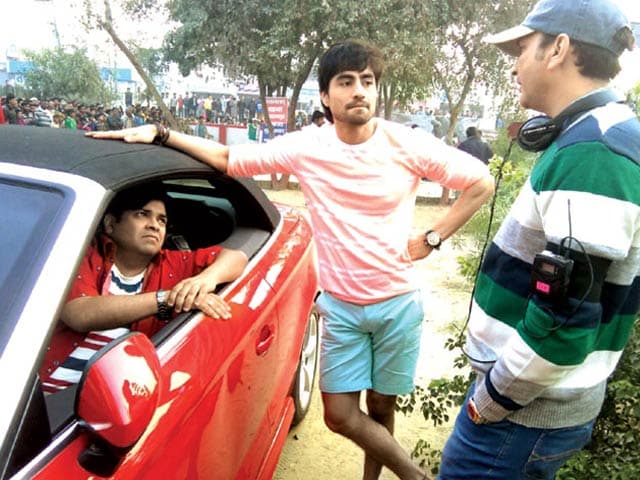 Jaideep Chopra, the film's director, says, "We have lost about Rs 80 lakhs as the entire shoot is on location in Moradabad. We had secured permission and had the areas blocked. Since it was supposed to be a combination shoot, we could not have gone ahead without him"

Kiku Sharda was shooting in Moradabad, Uttar Pradesh, for a film titled 2016 The End, when he flew to Mumbai for other commitments. He was slated to be back on the set on Wednesday. But the comedian's arrest for mimicking self-styled godman Gurmeet Ram Rahim Singh has now brought the film's shoot to a grinding halt. This resulted in losses of nearly Rs 80 lakh for the makers.(Also Read: 'Go Kiku Sharda,' Tweets Rishi Kapoor After Comedian's Arrest)
Jaideep Chopra, the film's director, says, "We are waiting for Kiku to be back. When the cops arrived to arrest him, he immediately called me up to inform about it. Then he told me that he would not be able to report to the set on Wednesday."
On Monday, Kiku had tweeted "On the sets of 2016 THE END", and posted a snapshot with the cast and crew. The filmmaker adds, "His arrest has taken a toll on the unit. We have lost about Rs 80 lakh as the entire shoot is on location in Moradabad. We had secured all permissions and had the areas blocked. A huge ground crew had also been employed and add to it, daily pay of the cast and crew. Since it was supposed to be a combination shoot, we could not have gone ahead without him. The rest of the cast consisting of Harshad Chopda, Priya Banerji and Rahul Roy have other commitments. So, we will have to secure the combination dates as well as shoot permissions all over again."
Jaideep Chopra informs that the comedian is in touch with the makers and hopes to be back on the set as soon as possible.
The backstory
A police team from Haryana picked up Kiku from Film City in Mumbai following a complaint that his act on a TV show had hurt sentiments of Dera Sacha Sauda chief Gurmeet Ram Rahim Singh's followers. He was remanded to judicial custody for 14 days by a court in the state's Kaithal town, and then allowed bail on a personal bond of R1 lakh. He was re-arrested as there was another case against him in Fatehabad.