Kim Kardashian to release first picture of baby on Twitter 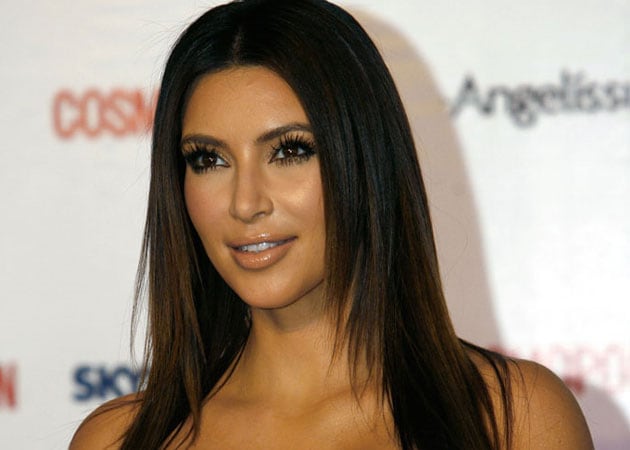 Kim isn't going to sell the pics of her baby

Kim Kardashian has allegedly decided against making a profit from selling the image and wants to release a photo on her own terms.

Kim Kardashian is planning to release the first picture of her baby on Twitter.
The 32-year-old Kourtney & Kim Take Miami star - who is expecting her first child with rapper Kanye West in early July - has allegedly decided against making a profit from selling the image and wants to release a photo on her own terms via one of her social networking sites or on her personal blog much to her mother Kris Jenner's annoyance.
A source close to the family told the New York Daily News newspaper: "Kim isn't going to sell the pics. She's not interested in doing that at all.
"Kris is the one who wants to make money, but Kanye has changed Kim so much. He's not interested in doing any of that. He did one episode of her show and he's not coming back on. "He's not ever shown on Kourtney & Kim Take Miami. It's just not good for his image and he's way more private than Kim."
The source suggested the couple are planning to reveal the first image of their tot to their fans via Twitter, saying: "She will tweet out the baby pic or do something like that."
Kim was previously said to be planning to keep their baby completely out of the limelight for the first six months of its life and has already decided the baby will never appear on reality TV to protect his or her privacy. A source said: "She doesn't even want the baby to be seen for the first six months," because she and Kanye "have decided as a family that their baby is not going to be on the shows," and she is also "ready to dial back from being so public" herself.
The couple also recently turned down a magazine offer of $3million for the first pictures of the baby.