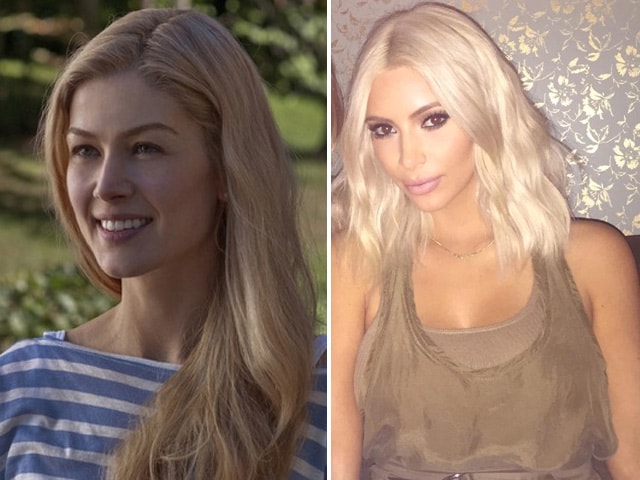 A still from Gone Girl. The image on right was posted on Twitter by Kim Kardashian

Rob Kardashian is Keeping Up With his famous sister Kim in a manner we can't imagine she'd be flattered by. In a damning Instagram post, Rob compared Kim to the chilling Amy Dunne from Gone Girl.
On March 22, Rob Instagrammed a film still of actress Rosamund Pike as Amy Dunne, her arms and shoulders spattered with blood. He captioned it:

This is my sister kim , the bitch from Gone Girl,,,

Kim recently had a makeover went blonde, though she presumably did not intend for any comparisons with the fictional Amy Dunne who fakes a disappearance and frames her husband for murder.
Rob Kardashian has been estranged from his family for a while now, even skipping Kim's wedding to Kanye West, with who she has two-year-old daughter North West, last year.