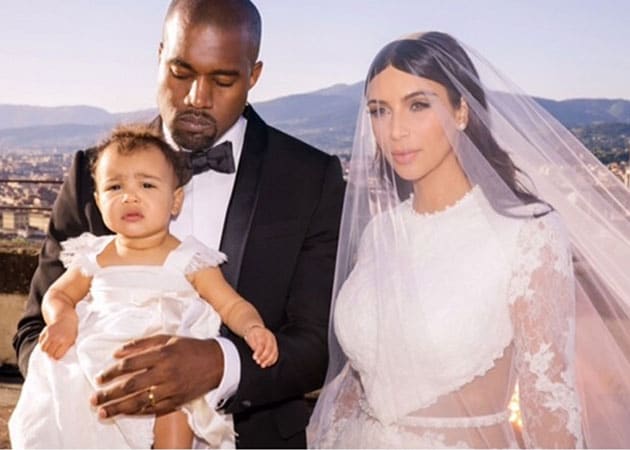 North West?s wardrobe boasts of Givenchy, Gucci, Louis Vuitton, mini Birkin bag, among others. (This image was posted on Instagram by Kim Kardashian

Reality TV star Kim Kardashian and rapper Kanye West love to spend on new clothes for their 14-month-old daughter North West. Her wardrobe is reportedly worth USD 1 million. "Kim and Kanye see North as an extension of themselves, so it's no shock that she is the most glamorous baby on the planet. They are addicted to spoiling her," femalefirst.co.uk quoted a source as saying.

"Nori has more than USD 1 million worth of designer clothes, and a lot of them are custom-made. She's got tons of Givenchy, Gucci, Louis Vuitton. She even has a fur coat designed especially for her by Karl Lagerfeld that cost USD 20,000," added the source.

It is also believed that Kanye has managed to get Hermes to design a mini Birkin bag for North. North has also an expensive jewellery collection, including a ruby and pearl necklace that the rapper insured for USD 500,000 after he bought it in Paris.

"Kanye gets such a thrill out of dressing her up, he's started calling her his mini muse. He's even talking about designing a clothing line for her," said the source.