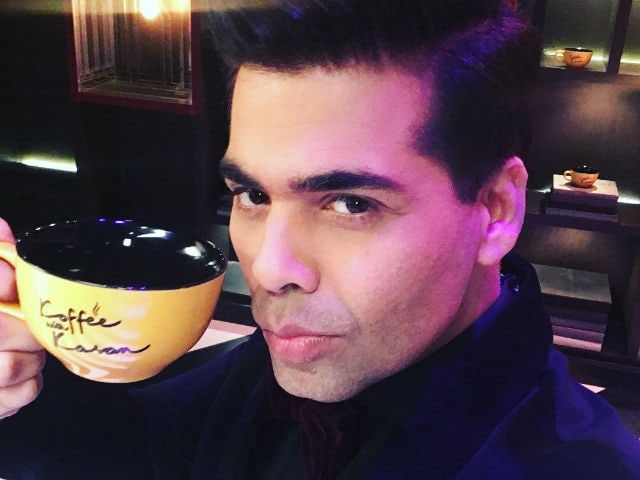 Filmmaker Karan Johar will be back on the small screen with the fifth edition of the popular chat show Koffee With Karanon November 6.
Speculation has been rife since the beginning of August on the launch date of the show, but the date was announced on Thursday via a statement from the channel.
In its past seasons, the show has been graced by a string of A-list actors including Amitabh Bachchan, Shah Rukh Khan, Kajol, Rani Mukerji, Kareena Kapoor, Saif Ali Khan, Preity Zinta, Aishwarya Rai Bachchan, Sanjay Leela Bhansali, Gurinder Chadha, Farah Khan, Abhishek Bachchan, Anil Kapoor, Sonam Kapoor, Parineeti Chopra, Alia Bhatt and more at their candid best.
Earlier, it was speculated that Pakistani actor Fawad Khan would be the first guest on the chat show. But Karan denied the reports.
He said: "No. I haven't yet reached the combination. There has been a lot of conjecture about that. We are zeroing on episode one and will answer soon."