Koffee With Karan 5: Ranbir Kapoor and Ranveer Singh were on the Koffee couch for the first time 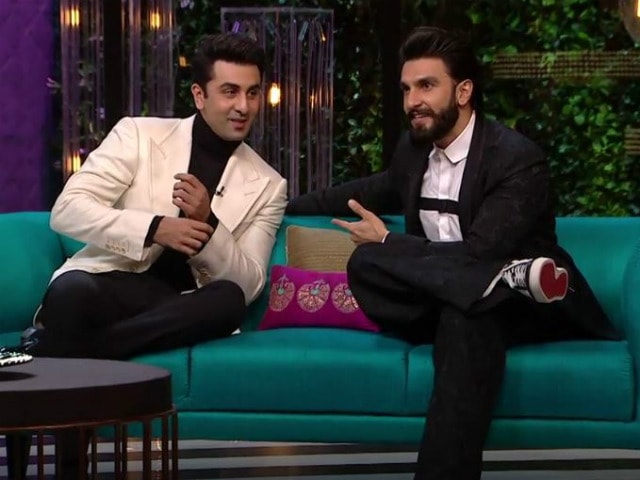 "A double shot of coffee, please. Actually, make it triple." Yes, that's what you need to match up to electric energy of Karan Johar's guests on Koffee With Karan Season 5 Episode 4, which aired on aired on November 27. Ranbir Kapoor and Ranveer Singh were on the couch for the first time together and it was an episode to watch out for. The duo's incessant banter was only punctuated by their frequent digs at show host Karan, everything funny they had to say, the Rapid Fire Round and The Buzzer Round. Ranbir Kapoor and Ranveer Singh have, of course, been trending since last week when it was revealed that the two actors would be fellow guests on Koffee.
We bring you the ten best quotes from the show, that'll leave you rolling on the floor, laughing. You're welcome fellows.
Ranveer on Karan being lazy and Karan's last directed film Ae Dil Hai Mushkil: "Karan only depends on talent like he did in Ae Dil Hai Mushkil"
Ae Dil Hai Mushkil features an ensemble cast comprising Ranbir Kapoor, Aishwarya Rai Bachchan, Anushka Sharma and Fawad Khan along with Shah Rukh Khan in a special appearance.
Ranveer on Koffee With Karan Season 5 Episode 4: "We have come together to save your show" 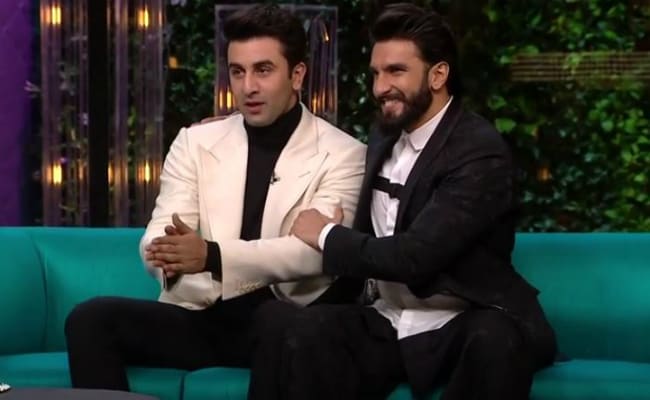 Karan on the duo's non-stop banter: "This is seeming to be like 'Koffee Without Karan'"
Karan's take on Ranbir AND Ranveer AND Deepika. Both Ranbir and Ranveer have been in news for their association with Deepika: "I will make Sangam with Ranbir, Ranveer and Deepika"
Ranbir's unabashed response when asked about his rapport with Ranveer: "We're not best friends. We're on the show together because you called us"
Ranbir on his relationship status: "Being single is boring, lonely and sad. If you want space and all, you should join NASA" 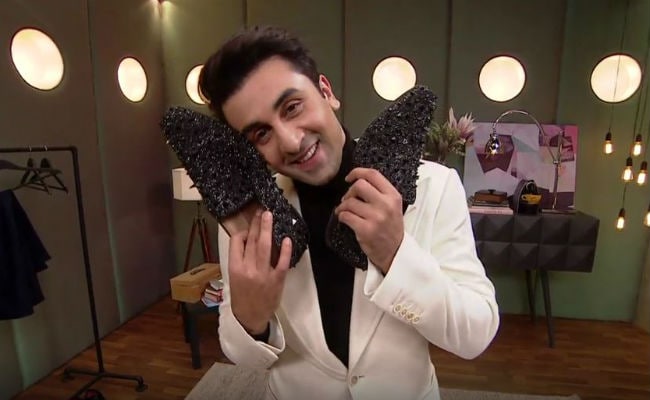 Ranbir's conscience is always clear:"My conscience is very clear because I have never used it"
When Ranveer was asked to describe himself as a boyfriend: "I'm a giver. I am the best boyfriend in the world. I am an extremist" (breathe Ranveer, breathe)
Ranveer and Ranbir also said why they like the show so much: ?Where else do you get to say sh*t?? 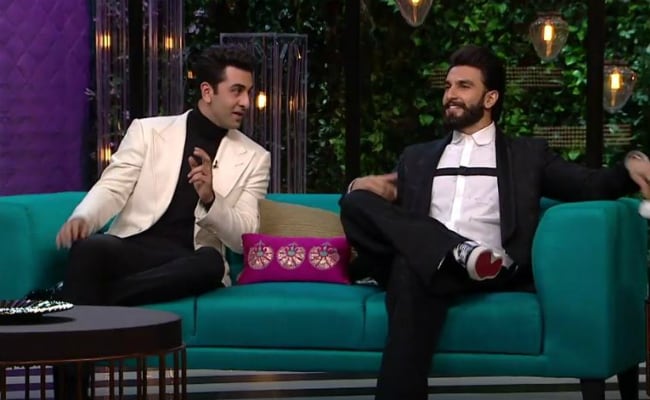 When Ranbir was asked about 'the layers that run between sex and love:' Clothes
The duo also delivered a dynamite dance performance to Katrina Kaif's song Chikni Chameli and made several viral-worthy confessions. Sample these:

Ranveer Singh was the winner of the Rapid Fire Round while Ranbir Kapoor made up for it in the Buzzer Round.


That might just be the hottest thing ever said on a Koffee Rapid Fire! Full marks to @RanveerOfficial! #KoffeeWithKaranpic.twitter.com/JqNrILpNU5

Both Ranbir Kapoor 34, and Ranveer Singh, 31, have been the Koffee couch but separately - Ranbir twice and Ranveer once so far.