Koffee With Karan 5: Mira Will Reveal Details Of How She Married Shahid Kapoor 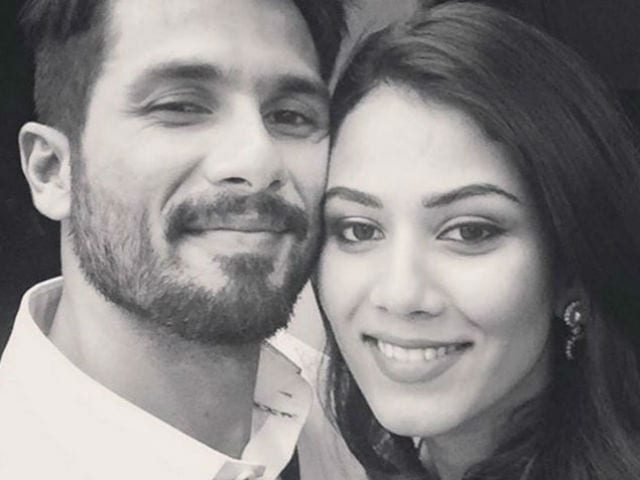 Koffee With Karan 5: Mira and Shahid will appear together (Image courtesy: shahidkapoor)

Karan Johar's chat show Koffee With Karan 5 is getting even bigger. We've already seen Twinkle Khanna stealing the host's thunder, and Ranveer Singh and Ranbir Kapoor getting upto all sorts of no good. Next, Khan brothers Salman, Arbaaz and Sohail are going to make the show's landmark hundredth episode absolutely Dabangg and after that, a very special edition will feature actor Shahid Kapoor and his wife Mira Rajput. Mira, 22, has been married to Shahid a year and some months and has never before spoken in public. This will be their showbiz debut as a couple, so to speak, and they will speak about their arranged marriage, reports mid-day. Shahid, 35, earlier revealed that his low-profile wife dislikes the public attention that being married to a celebrity has brought her. According to mid-day, Mira will speak about how Shahid's parents Pankaj Kapur and Supriya Pathak met her over dinner. "Back then, she didn't know why she was meeting them. Mira wasn't interested in Bollywood and only met Shahid a few days later. When an arranged marriage was broached, they were awkward," mid-day quoted a source as saying.
Shahid Kapoor and Mira Rajput, who are 13 years apart, married on July 7, 2015, in Delhi. mid-day's source also revealed a brief encounter between Shahid and Mira from before their wedding. "Before the wedding, Shahid asked Mira, 'Do you mind being married to a man 13 years older to you?' to which she said, 'Do you mind being married to a girl 13 years younger?' Her confidence wowed him," the source told mid-day.
The couple welcomed their first child, a daughter they named Misha, in August this year.
Last Friday, Shahid Kapoor shared a selfie with Mira from the sets of the show and captioned it as, "On the couch with my love." From the picture, we couldn't exactly figure out what Mira is wearing while Shahid is clearly in a shirt and jacket.

On the work front, Shahid Kapoor is currently shooting for Sanjay Leela Bhansali's Padmavati and will also be seen in Vishal Bhardwaj's Rangoon.