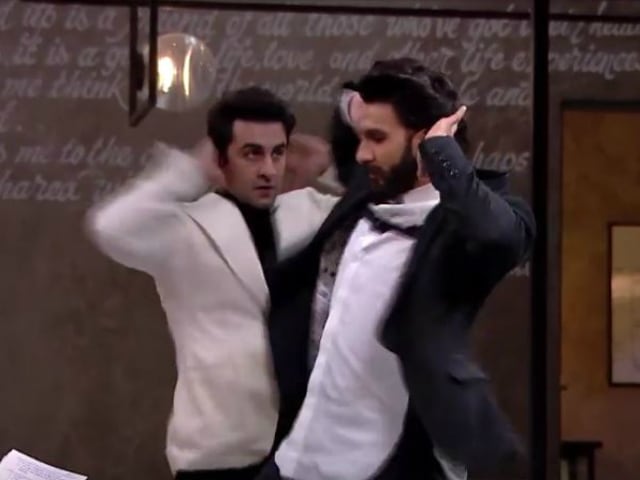 Ranbir Kapoor and Ranveer Singh, who would have thought? It was always going to be epic and a glimpse of what went down on this next episode of Karan Johar's talk show Koffee With Karan is proof. The promos of Koffee With Karan Season 5 Episode 4 are testament to the fact that a lot of unexpected-but-yay-we-love-it revelations and antics are going to take place. We can't wait, nor can the rest of the Internet. Ranbir Kapoor and Ranveer Singh have, of course, been trending since last week when it was revealed that the two actors would be fellow guests on Koffee. Now, actress Katrina Kaif, who reportedly dated Ranbir until the middle of this year, is also trending.
It doesn't take a lot for the uninhibited Ranveer Singh to be the most entertaining version of himself and since Ranbir Kapoor has experience being both Besharam and Badtameez, but we're going to give Karan Johar some credit here - the Chikni Chameli dance-off he challenged both actors to was, after all, his idea. Chikni Chameli, for those of you who may not know, is a song starring Katrina Kaif from the Karan Johar-produced film Agneepath. Inspired. 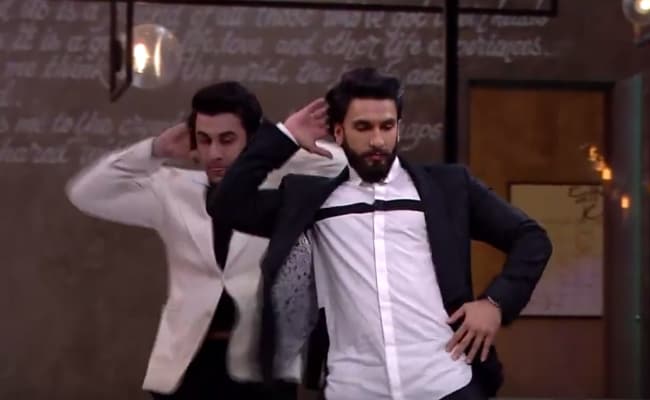 As expected, the dance-off is pure gold. We'll leave you to decide who won but we will say this - Ranbir was confident but Ranveer's energy was electric. Had the camera been on Karan, you would have seen him rolling on the floor laughing. We're hoping to see some outtakes from the show soon.
The short clip also has viral-worthy confessions. Sample these:
Ranbir: My conscience is very clear because I have never used it.
Ranveer, when asked about being turned on while filming intimate scenes: 210 %
Luckily for us, we don't have to wait till Sunday night to watch Ranbir Kapoor and Ranveer Singh dancing Katrina-style. Footage has already been posted on social media because it's just too precious to be kept under wraps. Behold the glory of the Chikni Chameli dance-off:

Earlier in July, Ranbir and Ranveer were also spotted dancing to Dilli Wali Girlfriend at a party hosted by Karan himself.

Meanwhile, here's why we think Shah Rukh Khan has finally met his match:


Presenting @RanveerOfficial & #RanbirKapoor, together for the first time on Indian TV! Only @karanjohar could make it happen! #KWKonSWpic.twitter.com/yxSTBsCtc5

At the launch of the Befikre song You And Me earlier this month, Ranveer spoke to NDTV about filming this Koffee With Karan episode. "The episode was great. I had a lot of fun, all our responses were befikre. You will see it when it is aired, it was a lot of fun though. I must admit I has a blast with the two of them," he said.
We continue to be thrilled at the prospect of this part-Befikre and part-Besharam piece, the first glimpse of which was shared by Karan:


This is what happened today!!! #koffeewithkaranpic.twitter.com/zZZHuaVHiB

Both Ranbir and Ranveer have been the Koffee couch but separately - Ranbir twice and Ranveer once so far.
Ranbir Kapoor and Ranveer Singh will sip koffee (and more) on the show on November 27.