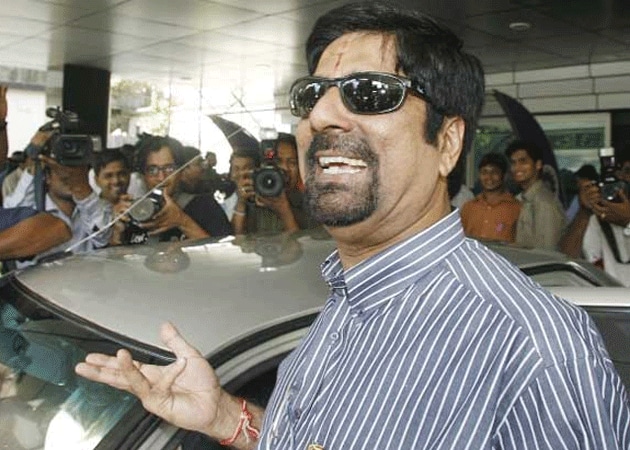 Krishnamachari Srikkanth is trading the commentary box for the dance floor. (Image: AFP)

Former Indian skipper Krishnamachari Srikkanth is all set to hit the dance floor as a participant of reality show Jhalak Dikhhla Jaa 6 and his motto would be to "dance naturally".

Known to be a free flowing and attacking batsman, former Indian skipper Krishnamachari Srikkanth is all set to hit the dance floor as a participant of reality show Jhalak Dikhhla Jaa 6 - and his motto would be to "dance naturally".
"I believe that if you want to play, then play a natural game...When I will dance, I will dance naturally," said Srikkant, adding, "When you are doing it naturally, you do it with passion and when you do it with passion and positive energy, you do it well."
The show will be judged by the likes of Bollywood diva Madhuri Dixit, filmmaker Karan Johar and choreographer-director Remo D'Souza. But Srikkanth says he is not here to "impress them".
"If I am here to please people, I cannot do it well," added the novice in dance, who hopes "to do well".
"I don't know ABCD of dancing. I know some of the top people in Colors TV (the show's broadcasting channel) and they have been requesting me for a while. They just cajoled me into it. They gave me the confidence saying that the choreographers will help me. At the end of the day, it is different," he said.
"My wife and her friends watch Colors TV. When you have people like Madhuri Dixit, Karan Johar and Remo D'Souza, it is a very big programme. I said 'let me take this as an opportunity'," he added.
Shrikkanth is not the first one from the sports field to have shaken a leg on the show's dance floor. In the first season, cricketer Ajay Jadeja grooved on the stage, followed by hockey player and coach Mir Ranjan Negi in the second season.
Senior cricketer Mohinder Amarnath shook a leg in the third season, and footballer Baichung Bhutia won the third season.
Boxer Akhil Kumar was part of the fourth season, while Sri Lankan cricket skipper Sanath Jayasuriya was seen in the last season of the show. Perhaps that worked as motivating factor for Shrikkanth.
"I came to know that a lot of sport stars have taken part in this in the past, so that gave me the confidence" he said.
Meanwhile, Shrikkanth is also aware that his future on the show depends upon his first act.
"When you perform well in the first innings, the confidence gets you going. I am a committed person and will make an honest attempt," he said.
He is open to more reality shows as well, but shows such as Bigg Boss are a complete no, no for him.
"Bigg Boss I had refused even though I had got the offer twice. I don't mind doing a reality show where I am talking. But going and staying somewhere for days is impossible for me," he said.