Krushna Abhishek Explains Why Comedy Shows Are Not Easy To Make

Krushna, who faced flak from Tannishtha Chatterjee last year, said, "It is not in the Indian system and blood to take jokes on themselves" 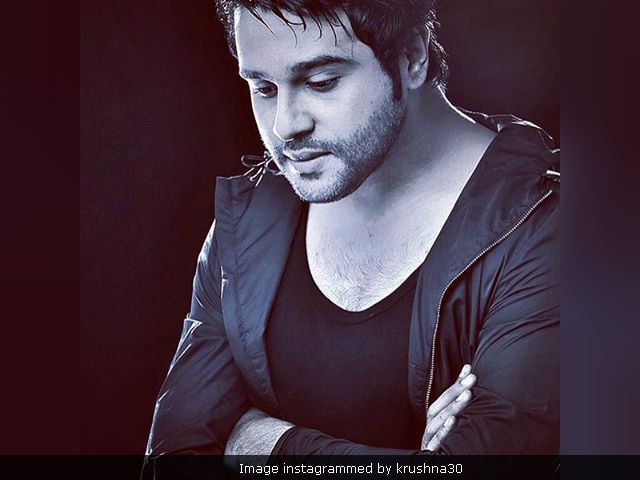 Actor comedian Krushna Abhishek think being a comic artiste and doing comedy shows is not easy these days, reports news agency IANS. Krushna Abhishek, 33, has starred on shows like Comedy Circus, Comedy Classes, Comedy Nights Bachao and Comedy Nights Live, which Bollywood stars often use as platform to promote their upcoming releases. Krushna said that sometimes artistes overstep and actors get offended. "It's (doing comedy is) very difficult nowadays. It is not in the Indian system and blood to take jokes on themselves. But few people love it. A few of them love roasts and do not mind jokes on themselves," Krushna Abhishek told IANS.
Talking about mimicking, Krushna, who has starred in films like Bol Bachchan and Entertainment, said: "This (mimicking) doesn't really affect anyone's image. I feel that it is good that we are mimicking an actor. If we stop taking your name or mimicking you, then from where will you (the actors) get the publicity? There are a lot of artists who like it. However, a few of them get offended because actors who are mimicking the artists go overboard and start insulting them. We should not insult them and we should maintain the dignity. You can't insult someone. In fact, even we will feel bad if someone insults us," he added.
Last year, actress Tanishthaa Chatterjee slammed Krushna's show Comedy Nights Bachao after she was 'roasted' for her dark skin. In a lengthy Facebook post she wrote: "I was told that the flavor of the show is COMEDY and the purpose is to roast, humor, and offend. I was actually looking forward to be roasted. To my utmost horror, I soon realized that the only quality they found worth roasting about in me was my skin tone."

Later the channel which aired the show and Krushna Abhishek apologized to Tannishtha saying: "If she feels offended by something, I apologise from our side. We never want to hurt anyone deliberately. Comedy Nights Bachao is of a roast format. Roast doesn't mean that we say just anything to anyone," reported IANS.
Krushna Abhishek currently co-hosts Bittu Bak Bak, a comedy filler shown between film breaks, with Bharti Singh.
(With IANS inputs)