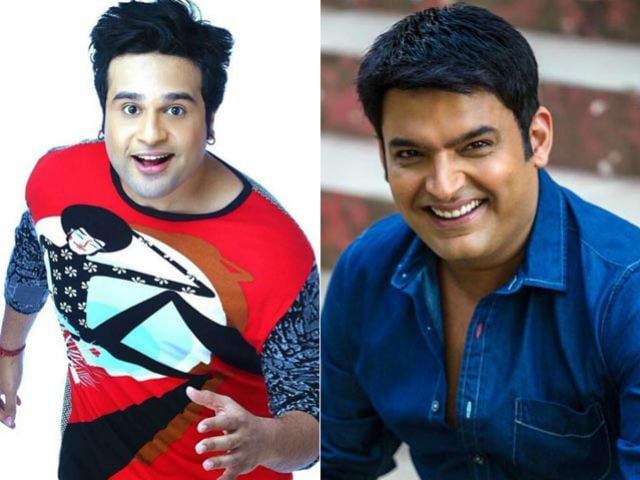 Will this be an end to television's most-talked about spat between comedians Krushna Abhishek and Kapil Sharma? Krushna Abhishek showed his interest in working with his competitor Kapil Sharma while giving a statement to news agency PTI. When asked if there is a possibility of any collaboration with Kapil in the future, Krushna told PTI, "Yes definitely. People would be waiting to see both of us on stage. I think that would be like Shah Rukh and Salman doing a film together. That would be a lot of fun. That time will definitely come." Krushna and Kapil's supposed rivalry dates back to last year when Kapil quit his previous show Comedy Nights With Kapil Sharma due to some issues with the broadcasting channel, and the show was handed over to Krushna. Kapil later featured in a new show titled The Kapil Sharma Show, which is ongoing.
Also, Krushna did not hesitate to compliment Kapil for his comedy timings and brilliant performance skills. Krushna told PTI, "I want to work with him because he is a great stand-up comedian. I think he is a better standup comedian than all of us, as far as standup comedy is concerned. In acting, I could give tough competition, but I consider him number one in standup comedy. It would be wonderful to share stage with him someday. I would love to. Now I don't know what Kapil says."
Krushna is currently shooting for a new comic show Bittu Bak Bak with co-star Bharti Singh. The show is a comic relief filler, formulated as spoofs on iconic scenes from Bollywood. On the show, Bharti Singh is seen as a mischievous student Bittu while Krushna features as a teacher.