In a sneak peek of next episode, Pragya was seen crying her heart out to Abhi 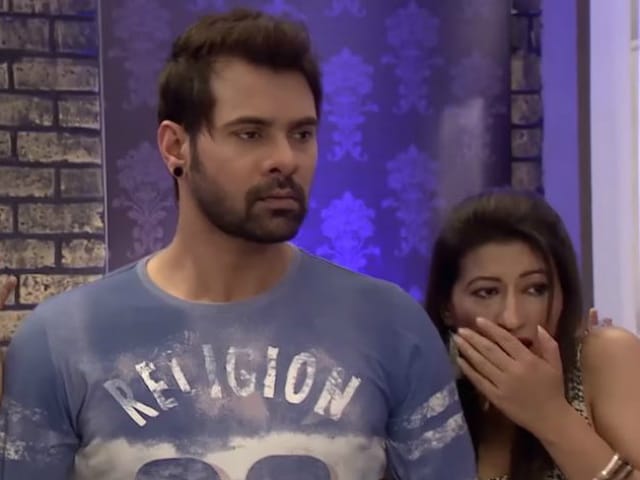 Kumkum Bhagya, December 13: A still from the episode

The Kumkum Bhagya episode aired on December 13 opened with a hospital scene where Pragya and Tanu had got a wounded Abhishek admitted to. The doctor said it was difficult for Abhi to survive, who was shot by gunmen earlier in the show, and that he was in need of blood urgently. Abhi's condition continued to deteriorate when Purab came to the rescue. Their blood group matched and Abhi's health was declared to be out of danger. Meanwhile, Abhi's sister Tanu broke down at the hospital when Pragya hugged and pacified her. Meanwhile, Tanu got offended as Aliya was seeking solace from Pragya.
Pragya thanked Purab for donating blood, who then said that Abhi is more than a friend to him. Purab said that he considers him as his own brother and will never forget that Abhi has always been by his side. Meanwhile, Aliya thanked Purab for saving Abhi's life. Purab however did not think twice before calling Aliya fake. Purab even added that Aliya can never be either a good sister or a good person. Aliya declared that her hatred is for Pragya and not Abhi.
A change of scene later, Pragya appeared desperate to have a glimpse of Abhi. On entering the hospital ward, she was in tears seeing an unconscious Abhi. Tanu made a sudden entry and threatened Pragya to leave. Alia screamed and reminded Pragya that she is Abhi's fiancee and not his secretary like Pragya is. Pragya got furious and said she is not scared of Aliya because she cannot separate her from Abhi at any cost. She sternly asked Aliya to not test her patience.
In a sneak peek of next episode, Pragya was seen crying her heart out to Abhi and blaming herself for all his troubles. She then decided to move out of Abhi's life without his knowledge.