Kumkum Bhagya, December 28: Pragya was on her way to Abhi's sangeet in yesterday's episode when her car was stopped and she was kidnapped 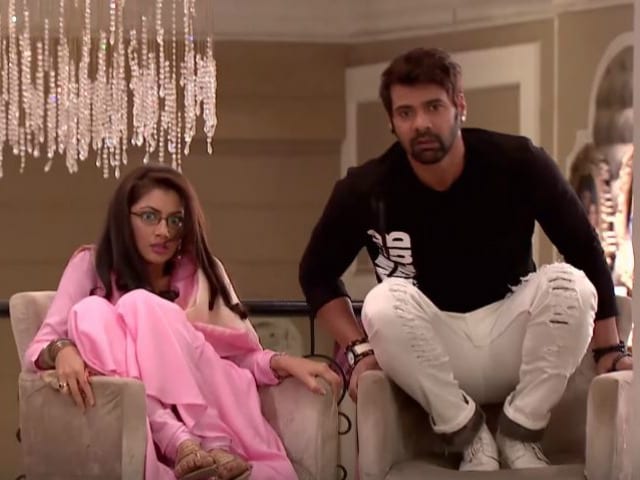 Kumkum Bhagya, December 28: A still from the show

The Kumkum Bhagya episode which aired on December 28, began with the kidnappers manhandling Pragya. Pragya pleaded to let her go but she was only mistreated and threatened. Pragya managed to trick the goons and tried to run away but found the door locked, and even after several trials she failed to unlock it. They searched the entire warehouse but could not find Pragya, who was hiding behind stacked up barrels. Meanwhile, the goons spotted her and threw her handbag away. Here's a little backstory: Pragya was on her way to Abhi's sangeet in yesterday's episode when her car was stopped and she was kidnapped. Pragya was taken hostage and taken to a warehouse nearby.
It was a big day for rockstar Abhishek Mehra and Tanu. Abhishek and Tanu's sangeet were underway at the Mehra residence but Abhishek appeared rather lost. He noticed Pragya's absence and was eager to have Pragya by his side at the party. Abhi called Purab to ask about Pragya but Purab, who considers Pragya like his sister, was rather upset with Abhi's engagement with Tanu. Purab also pointed out to Abhi that while Abhi should be celebrating at the function, he only has Pragya on his mind. Purab mentioned that Abhi should not waste his time thinking about Pragya.
Meanwhile, Tanu and Abhishek share the stage as part of the sangeet rituals. That is exactly when Pragya called Abhi from the warehouse and he missed the call. Finally Pragya got Purab on the phone and explained her situation to Purab. Purab promised to reach as soon as possible and asked Pragya to stay hidden.
However, Abhi just could not get Pragya off his mind, and began thinking about what Purab had said. He appeared distracted and even hurt Tanu while dancing, which surprised everyone. Tanu and Abhi stopped their performance when a disgusted Tanu dragged Abhi away.
In the sneak peek of tomorrow's episode, Tanu loses her temper and tells Abhi that he is so obsessed with Pragya that he might even ask for her on their wedding day.