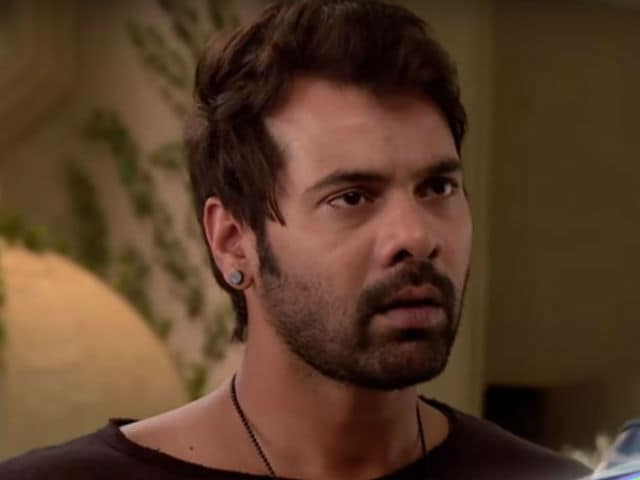 Purab tells Abhi everything about his fake relationship with Pragya.

Abhi is embarrassed that Pragya knows that Abhi resuscitated in an attempt to save her life. Pragya however says that she would have done the same for him if she were in his position. Abhi feels relieved but then starts choking. Pragya panics and calls for help but Abhi was only pulling Pragya's leg and he ends the prank. The scene shifts to Pragya's mother's house. Pragya's mother and grandmother are discussing her future with Abh. Her mother is concerned about her safety and whereabouts while her grandmother says she's at her husband's house and she should not worry about Pragya's safety and well-being.
Meanwhile, Abhi asks Purab to get on with the investigation as to who tried to kill Pragya. Purab refuses and Abhi asks him if he not concerned about Pragya. Purab insinuates that Abhi is in love with Pragya. Abhi is furious and rebukes him. Purab says that Abhi is so into Pragya that he is not concerned about anything in the world or anyone around. Purab accuses Abhi saying that he created circumstances so that he could get close to Pragya. Abhi is upset and then Purab softens and explains that he is in love with Pragya and that he is unable to realise his feelings. Purab then says that he will break up with Pragya. Purab says that he is breaking up with Pragya so that he can get along with her.
Purab says that he understands that Abhi is trying to sacrifice his feelings for his friends' sake. He says that Pragya is meant to be with Abhi. Purab confesses that he and Pragya were never together and that they only pretended to be in love to make Abhi jealous. Purab tells Abhi everything and confesses that he did this drama so that he could be with Pragya. He said that he always knew that Abhi loved Pragya and the only reason he never took the relationship ahead was because he was engaged to Tanu.
When Abhi looked confused he asks him to think that does he feel as protective of Tanu as he feels towards Pragya.