Kumkum Bhagya: Abhi lost his temper at Purab yet again and stopped short of hitting him 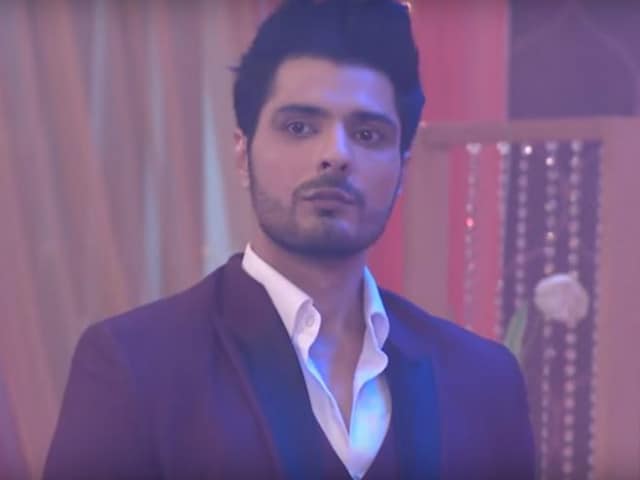 Kumkum Bhagya: Purab in a still from the show

The Kumkum Bhagya episode aired on television on February 2 began with Rocky continuing to insult Pragya. Rocky tagged Pragya as "classless", "behenji" and "middle class". Rocky also asked Abhi to get some sense into Purab and said that he should not be marrying a girl like Pragya. Rocky added that Pragya is only suitable to be Abhi's secretary and not anything else. Meanwhile, Tanu and Aaliya celebrated because Pragya has been humiliated, and this time Abhi could not protest and speak in Pragya's favour. Aaliya and Tanu are elated over the fact that Rocky successfully managed to upset Pragya - they even shared a hug.
Later, Abhi apologised for the way Rocky spoke about Pragya. Whereas Purab declared that he was glad that his engagement with Pragya got called off. He confessed to realising that Pragya is not suitable for her. Purab also told Abhi that he's not at all affected that his engagement was cancelled. Purab also pretended to thank Rocky, saying that he really helped him realise how "uncool" and "unfashionable" Pragya is. "Pragya mere type ki bilkul nahi hai!" said Purab, adding that he was only infatuated towards Pragya. Abhi lost his cool and told Purab that he should look for a perfect companion in his life-partner, and not someone who would fetch compliments for the couple.
Purab retaliated and asked Abhi to date Tanu instead, and added that he would love to date a supermodel. Abhi lost his temper yet again and stopped short of hitting Purab. A change of scene later, Pragya continued to cry while Purab tried to console her. Purab also told Pragya that in support of Pragya, Abhi was also ready to strike Purab. Purab assured Pragya that Rocky's banter should not affect her and that nothing or no one can change Abhi's opinion about Pragya.