Kumkum Bhagya: Abhi suddenly got sick and fell on the floor calling out Pragya's name 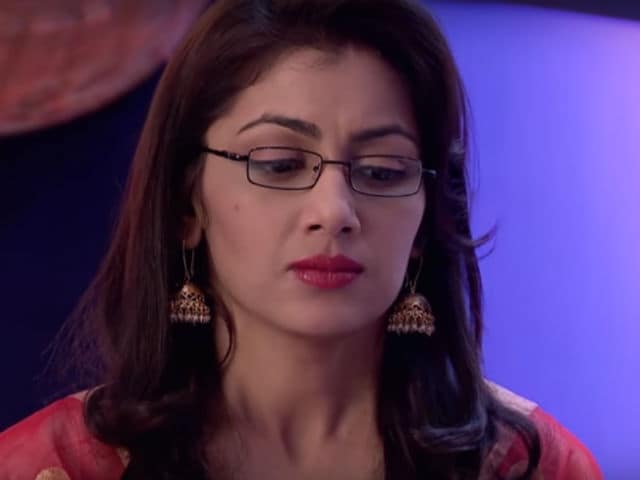 Pragya in a still from Kumkum Bhagya

The Kumkum Bhagya episode on February 27, opened with Abhi trying out sherwanis for his marriage to Tanu. Pragya helped him in choosing the outfit and told by selecting one, she told him that she would get happy if Abhi chooses to wear it for the wedding. Tanu got furious and complained about Pragya to Alia. Meanwhile, daadi was happy to see Pragya and Abhi together. Later, Abhi went in his room to try the sherwani and tried to figure out why Pragya told him to wear this particular costume, but suddenly he got sick and fell on the floor calling out Pragya's name.
As soon as Pragya heard Abhi, she rushed into his room. The entire family then gathered and a doctor was called. The doctor advised Pragya to not make Abhi remember his past otherwise, his condition could deteriorate. Pragya, who is tensed about Abhi's health shared her pain with daadi and Purab. She told them that they would fail in stopping Abhi's marriage and hence Alia and Tanu would succeed. However, Purab comforted her and said that he wouldn't let it happen and will leave no stone unturned in uniting Abhi and Pragya.
In a change of scene later, Tanu told Alia that they should plan their strategy against Purab now. Alia, who still loves Purab warned Tanu and told her that she still loved him and hence, she wouldn't let anyone harm Purab.
Meanwhile, Abhi tried to remember his past and talked to himself that he thinks that he was married to a girl like Pragya.