Kumkum Bhagya: During the haldi ceremony, Abhi thought of confessing his feelings for Pragya and waited for the right time 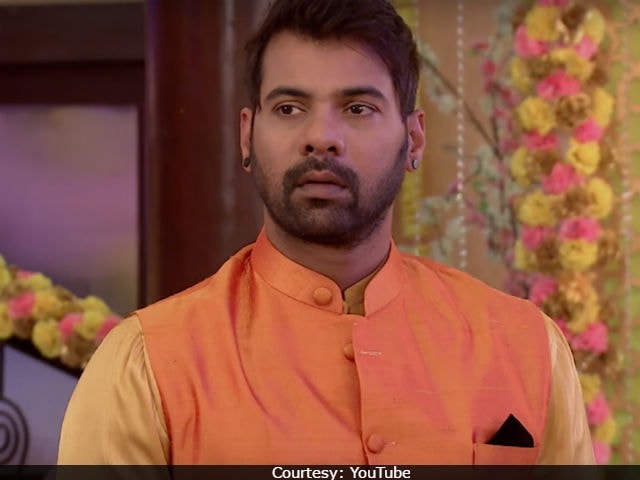 Abhi in a still from Kumkum Bhagya (Courtesy: YouTube)

The Kumkum Bhagya episode on March 1 opened on Purab, who is excited to present his gift, a collage of Abhi and Pragya's photos, to both of them. Nikhil, who is closely watching Purab, accordingly planned his death and ran over the truck on him. Meanwhile, Pragya called Purab to ask about his whereabouts, but Purab didn't receive her call. Purab got badly injured. Nikhil then came to Purab and told him that he should die and forget about uniting Pragya and Abhi. He told Purab that he would get Abhi and Tanu married after he's gone and crashed his gift. Meanwhile, Purab was left unattended on the streets.
In a change of scene later, Tanu's mother asked Abhi to change his clothes and come properly dressed for his and Tanu's mehndi ceremony. Mitali, Alia prep for the ceremony. Alia told Pragya and daadi, who are tensed about Abhi's wedding, that she's very excited for all the ceremonies.
Meanwhile, Pragya was tensed about Purab and called him constantly. Abhi thought that Pragya is not happy with his marriage and waited for Purab to come. Abhi thought of stopping the mehendi ceremony just to be with Pragya, who is tensed for Purab.
As Alia brought the haldi for Abhi, she accidentally falls and the haldi spills on Abhi and Pragya. Abhi and Pragya then went to clean themselves and spend some alone time together. Abhi thought of confessing his love to Pragya and wondered how she will react.
Daadi and Daasi were happy to watch the Abhi and Pragya together and told Alia and Tanu that they nobody can stop Abhi and Pragya unite.