Kumkum Bhagya: Pragya's mother lashed out at Tanu and told her that Purab had faked his relationship with Pragya 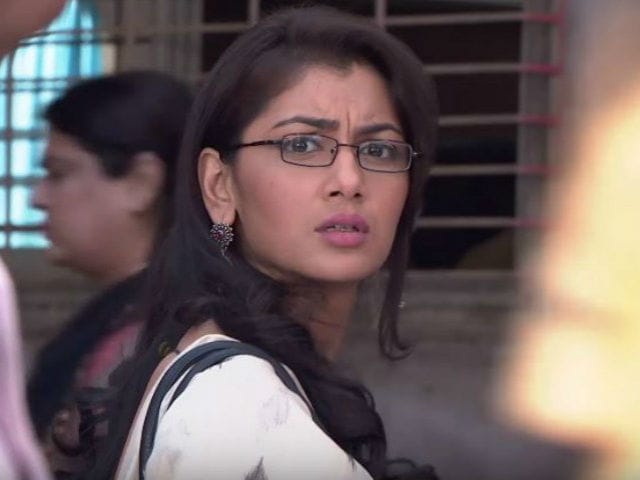 Kumkum Bhagya: Pragya in a still from the show

The Kumkum Bhagya episode of January 17 opened with Pragya's mother lashing out at Tanu for stooping low to win Abhi's love. She also revealed to Tanu that Purab had faked his relationship with Pragya so that Abhi could come close to her. In a change of scene later, Tanu brought coffee for Abhi, which he did not like. He later asked Pragya, who was also present in his room to do all his work starting from now and in return, he would do everything that'll make her happy. Abhi further told Pragya that both of them should remember all the promises they made to each other previously. He then went to the police station to bail Purab out of the jail.
Purab thanked Abhi, who told him that he bailed him out of the jail only for Pragya, however, he is ashamed of Purab's behaviour. Meanwhile, Pragya, who is happy to know about Purab's bail brought flowers to express his gratitude to Abhi. However, Alia and Tanu stopped her and asked her not to be so happy about getting close to Abhi. She said that Purab might be having his game plan, but she won't let him and Pragya succeed in it. In her response, Pragya told Alia that come what may, she wouldn't succeed, as Abhi and Pragya are made for each other. She also told Alia and Tanu about the promises Abhi made to her the previous day.
Daadi later came while their conversation was going on and felt proud of the fact that Pragya gave an apt answer to Alia and Tanu.