Kung Fu Yoga on The Kapil Sharma Show: Jackie Chan and Sonu Sood's favourite prop on the sets of the show was a bicycle 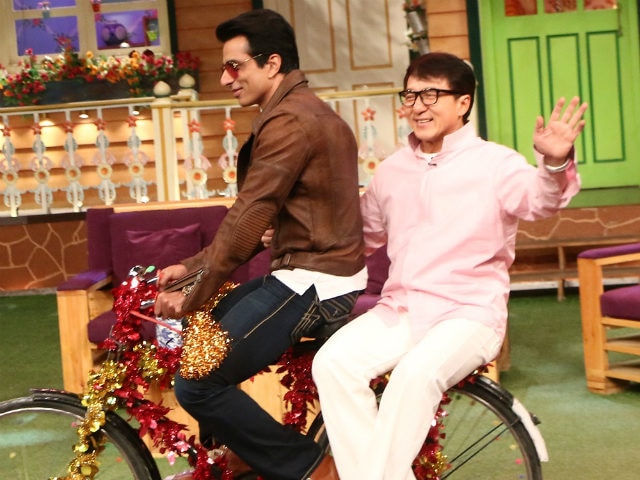 Jackie Chan and Sonu Sood, the co-stars of Indo-Sino project Kung Fu Yoga, arrived on the sets of The Kapil Sharma Show and had a lot of fun. Accompanying Sonu and Mr Chan were Disha Patani and Amyra Dastur. Mr Chan and Sonu were welcomed with garlands - which came as a surprise to the Rush Hour actor, for who, this is a first time appearance on an Indian television show. Kung Fu Yoga features Disha and Amyra in significant roles. The action comedy stars Jackie Chan as a professor of archaeology while Disha's character is a student of history. Directed by Stanley Tong, Kung Fu Yoga has been extensively shot in Jaipur and Iceland. 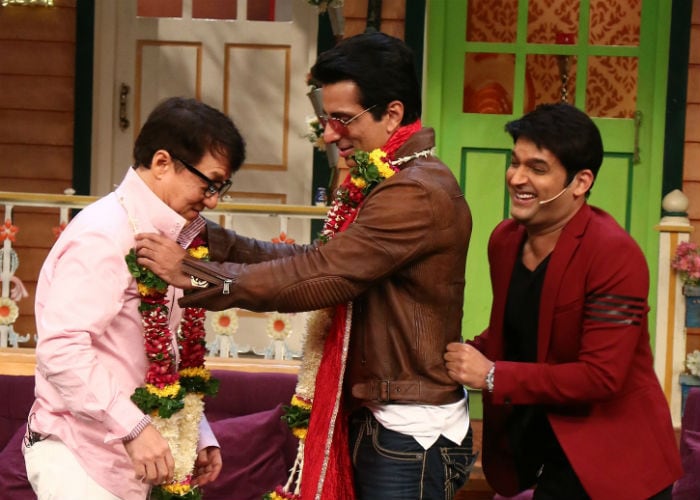 Jackie Chan and Sonu Sood's favourite prop on the sets of the show was a bicycle. They pedalled around the sets with Jackie Chan riding pillion behind Sonu. Mr Chan also appeared to be fixing the spokes of the cycle. 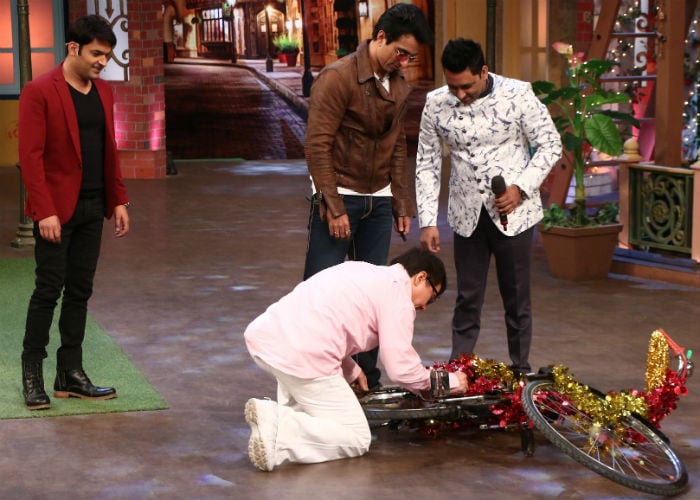 Kapil Sharma also roped in the Kung Fu Yoga stars to do the signature Shah Rukh Khan pose - which was done with much grace.
There was also a session on ballet-dancing, starring the show host and Jackie Chan. The Who Am I? actor simply could not stop smiling while on the dance floor. 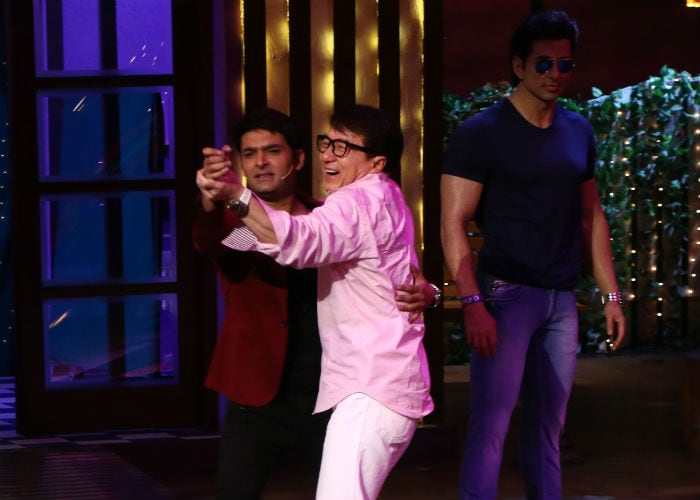 Jackie Chan was colour coordinated with Amyra and Disha - with who he danced in typical Bollywood-style. Dance sequences in Kung Fu Yoga have been choreographed by Bollywood's Farah Khan and this is the first time Jackie Chan will be seen performing Bollywood-style steps. 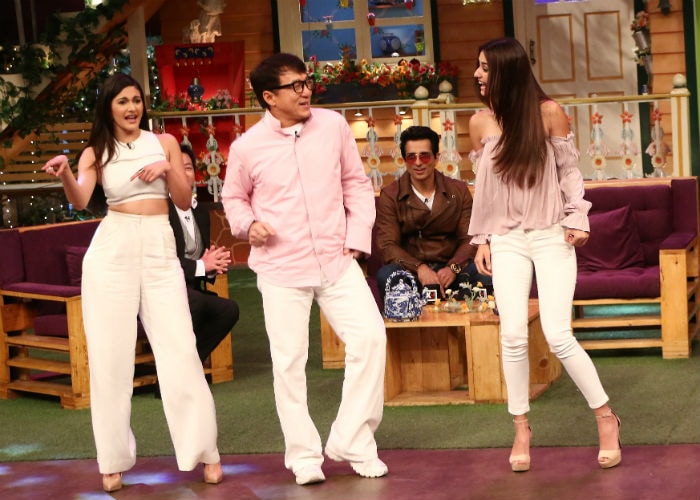 Jackie Chan may or may not meet Salman Khan during his stay in India but the way he says 'namaste Salman,' in an Instagram video, will melt hearts.


Bhai, @beingsalmankhan I have an unusual power packed surprise for you!! See you soon in India #Pandeji Hum aah rahe hai. @eyeofjackiechan

Kung Fu Yoga is part of the three-film agreement signed between India and China during Chinese President Xi Jinping's visit to India and will release on January 27.