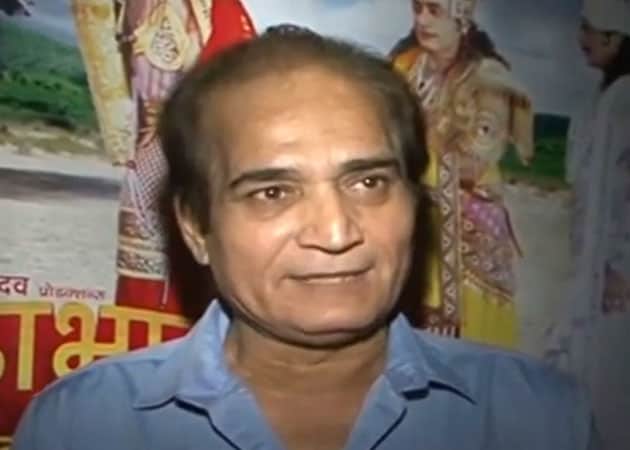 He played Kripacharya in Mahabharat

Actor Dharmesh Tiwari, who played Kripacharya in epic TV show Mahabharat, died in Chandigarh on August 6, said his friends. He was 63.

Actor Dharmesh Tiwari, who played Kripacharya in epic TV show Mahabharat, died in Chandigarh on August 6, said his friends. He was 63.
The cause of his death could be diabetes, said his friend and actor Raza Murad. Mr Tiwari is survived by his wife and two daughters.
"He passed away today (Wednesday) morning in Chandigarh. He had gone there for a show," Raza Murad told IANS from Mumbai.
"He had high diabetes and this might be one of the reasons for his death. Despite having high diabetes, he was very active. It's a huge loss to the fraternity," he added.
Mr Tiwari was also the general secretary of the Cine & TV Artistes Association (CINTAA) and president of the Federation of Western India Cine Employees (FWICE).
"Dharmesh Tiwari's body will be taken to his residence in Mumbai Thursday morning and at around 3.30 pm his cremation will take place at Pawan-Hans crematorium in Vile Parle," an official from CINTAA told IANS from Mumbai.
Gajendra Chauhan, vice president of CINTAA, said the actor was "feeling uneasy in the morning".
"So he was admitted to a hospital, where he passed away," he added.
Celebrities including small screen stars Rohit Roy and Dolly Bindra, filmmaker Ashoke Pandit and actor Kamaal R Khan condoled his death among others and took to Twitter to express their grief and sorrow.

Oh god.. Terrible news early in the morning.. Dharmesh Tiwari, who's been pivotal in sorting out problems of our industry passed by. RIP

Shocked and numbed at the news of the sudden demise of Shri Dharmesh Tiwari. Actor , director, president of our... http://t.co/sPU2fxh7Yc