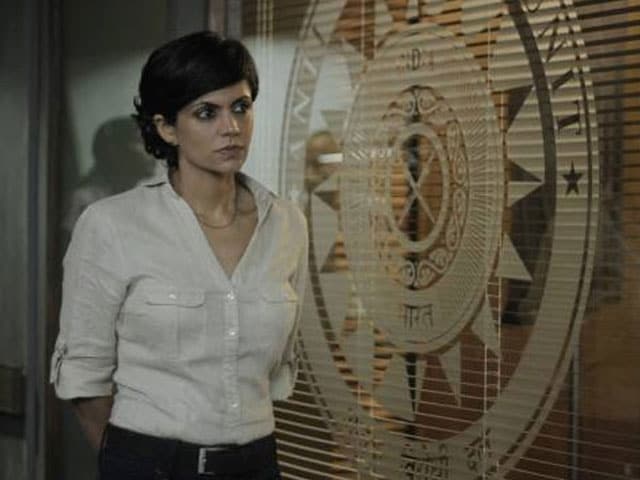 Mandira Bedi in a still from 24.

"I'm not in the new season of 24 because they have done a time leap and they have got season three of the original which is going to be season two (in India). There is no role of my character," said Mandira

Actress Mandira Bedi said that she is upset about not being a part of the second season of the television series 24.
"I'm not in the new season of 24 because they have done a time leap and they have got season three of the original which is going to be season two (in India). There is no role of my character," Mandira told IANS.
Mandira played the role of a RAW agent in the Indian adaptation of the American series 24 co-starring actor Anil Kapoor. "I do feel bad. I loved playing that character and I don't think anything else that I have done on TV except Shanti that matches up with that role," she added.(Also Read: 'New Season of Anil Kapoor's 24 is More Complicated')
Mandira also spoke about her upcoming projects.
"There is new show on Zee TV that I am doing, which I have already started shooting for. There is a really nice fiction show that has been offered to me, but I don't know if I have time for it. It will start in November, so lovely work is coming my way," she added. "It's nice that I am actually saying 'no', but it's also not nice that I am saying no to that work that I want to do, but that's unfortunate," said Mandira.
Mandira will soon feature in a reality show.
"It's a reality show that I'm participating in and we will be given challenges that we are doing in real life - juggling or magic. Magic was my first challenge. We learn new skills in the show," she said. Mandira, who showcased her sari collection in New Delhi last week, said that she is eager to present a glimpse of her fashion sense through her collection on the ramp.
"I want to do one fashion week in a year. God has been very kind with me. Every year, in the second season, I get the chance to showcase in different formats. I am yet to do Amazon India Fashion Week so that's there in my mind, probably in February or March," Mandira said.