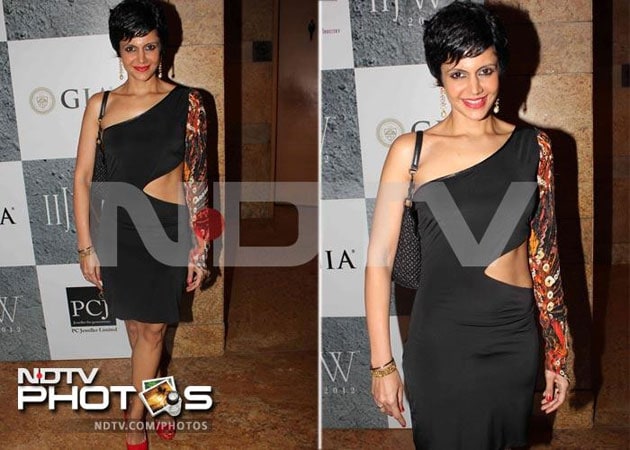 Not so long ago, a cranky child on a flight would've left anchor-actress Mandira Bedi upset and disturbed but she says that has all changed since she became a mother herself.

Not so long ago, a cranky child on a flight would've left anchor-actress Mandira Bedi upset and disturbed but she says that has all changed since she became a mother herself.
In fact, her experiences as mother of a toddler has helped her in her first association with a children's reality show - Indian Idol Junior. She co-hosts the upcoming edition of the music reality show Indian Idol, which will feature kids aged 5 to 15 this time.
The 41-year-old has hosted a series of reality shows and live events in the past. How does she plan to channelise it for the new show?
"The greatest experience for me for this one (Indian Idol Junior) is that I am now a mother," Mandira, who gave birth to a son in 2011, told IANS.
"It's not the anchoring experience that I talk about, but now that I am a mother, I connect with children a little differently. "A couple of years ago, if I was in a flight, and there would be a yelling baby, I would get disturbed and upset by it. Now if I am in such a situation, I'd go to the mother and ask, 'Do you want to eat your meal? Do you want me to hold the baby, so you can go to the bathroom'?"
Always on the move, she knows the perils of travelling with a toddler.
"I travel so much with my baby and I know it's hard. My whole nazariya'(outlook) has changed towards babies and children. Not that I ever disliked them, but your relationship with children changes forever once you become a mom," added the popular actess, who is married to filmmaker Raj Kaushal.
Mandira, who will co-host the reality show along with Karan Wahi, says she also hopes to learn a thing or two about parenting from the show.
"You can learn from any and every mother around. There are a few parents who are very indulgent and there are some who are living their own dreams through their children, and that's not the right route. "On 'Indian Idol Junior', we are promoting 'Singing masti hai, zabardasti nahin (Singing is fun, and not a compulsion). There shouldn't be anything that children are pushed for, and we have encountered some pushy parents.
"So, yes, there's something to learn from there - let the child be what he or she wants to be. And then, there are some amazing kids we meet - just in the clothes they wear, the way they speak, just for the spirit they have; it just shows that they have been brought up so beautifully by their parents. So there's a learning there as well," she said.
The show, to be judged by Shreya Ghoshal, Vishal Dadlani and Shekhar Ravijani, will go on air on Sony Entertainment soon. The auditions are on right now.