Meghna Malik: Ammaji was beyond age and gender 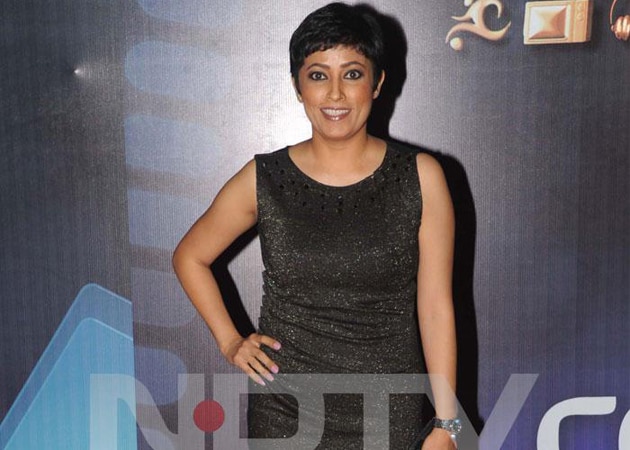 Jhalak Dikhla Jaa 6 went on air June 1 and Meghna calls the experience "lovely" and "different from the acting work that I have been doing".

If audiences were in for a pleasant surprise when they saw Meghna Malik, small screen's 'Ammaji, jiving in the sixth season of dance reality show Jhalak Dikhhla Jaa, the actress too finds herself in a completely different space.
Jhalak Dikhhla Jaa 6 went on air on June 1 and Meghna calls the experience "lovely" and "different from the acting work that I have been doing".
"I am finding myself in a completely different space. I am struggling with my feet and the floor. I am struggling with the lip sync of the songs, which is a tough part in the performances. It is a different form for me as an artist to express myself," she said.
Meghna's role as the mean 'Ammaji' on the TV show Na Aana Is Des Laado used to send shivers down the spine of audiences and she admits her character was beyond age and gender.
"When I started working on it, I felt that it is different and I wanted to keep it different. There was a huge effort involved to keep it different," said Meghna.
"By the standards of daily soap, it was an interesting character which came across. For me, the age or the gender didn't matter. Ammaji, was beyond age and gender. It didn't bore me in three and a half years of the show," she added.
Getting her teeth into the role of a merciless matriarch, who wipes out those who try to oppose her practice of female foeticide, was a mental and physical struggle for her.
"A lot of physical strength and mental strength was required to be consistent in that body language...she had big dialogues to speak and that was quite a task for me," she said.
Meghna had earlier appeared on shows such as Radhaa Ki Betiyaan Kuch Kar Dikhayengi, Har Ghar Kuch Kehta Hai, Tujko Hai Salaam Zindgi and Kagaz Ki Kashtti, but only got her due after essaying the role of 'Ammaji.
She feels the TV industry has a limited range of characters.
"TV has limited choices for the artists. The range of characters are limited. You don't have much around to play and experiment with," said the actress, who feels daily soap characters don't have the power to influence an actor's personal life in any way.
"The daily soap characters are not that can influence your personal life. Being part of a project where the character becomes so popular, that experience makes you different as a person. You grow as an actor. You don't take the character home, it does not work like that," she said.