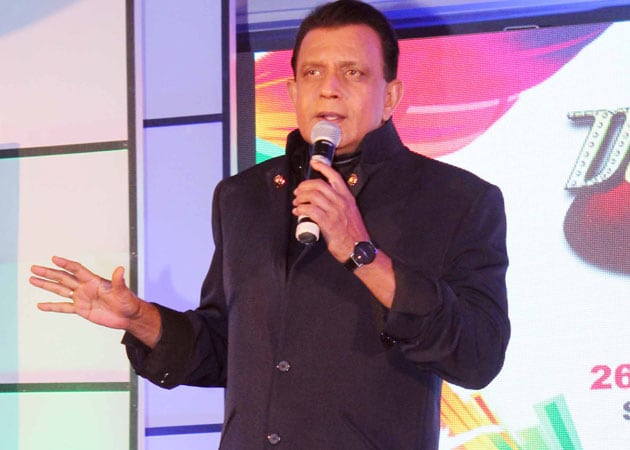 Mithun Chakraborty is seen as the grandmaster on Dance India Dance since season 1.

The fourth season of the dance reality show Dance India Dance titled Dance It Out will be judged by three new judges, Feroz Khan, Shruti Merchant and Mudassar Khan.

The fourth season of the dance reality show Dance India Dance titled Dance It Out will be judged by three new judges, Feroz Khan, Shruti Merchant and Mudassar Khan.
Since its inception, Geeta Kapur, Terence Lewis and Remo D'Souza were synonymous with the show, but they have been replaced by the new faces.
Mithun Chakraborty, seen as grandmaster in the show, says the new judges will add up to the growth and progress of the show.
"Geeta (Kapur), Terence (Lewis) and Remo (D'Souza) are a part of 'DID' and will always be," Mithunda said at the launch of the show.
"But I believe that change is the sign of growth. Wherever there is a change, be sure there has to be a change, and because of this only this time we have three new faces who think alike me, believe in me," he added.
Feroz, Mudassar and Shruti may be donning the judge's hat for the first time, but the trio has proved themselveds with their work.
Feroz is credited for choreographing for films like Anjaana Anjaani, Ra. One and Agneepath, while Mudassar has choreographed for Ready, Bol Bachchan and Bodyguard Shruti, the younger sister of choreographer Vaibhavi Merchant, assisted her sister in the Dhoom series, Aaja Nachle, Rab Ne Bana Di Jodi, Kal Ho Naa Ho and Devdas.
The fourth season of Dance India Dance will witness international dance forms as well, along with African dance forms.
"This time we are set to go international (in dance forms), this time there are many new dance forms, in fact we have also included African dance form. So there are a lot of things that we want to present to you," Mudassar said.
"We have made a list of many of the dance forms. But the 100 dancers we have selected are talented enough to do those dance forms. So it is not only a big challenge for us, but also a huge responsibility," he added.
Dance India Dance season 4 is set to go on-air on October 26.