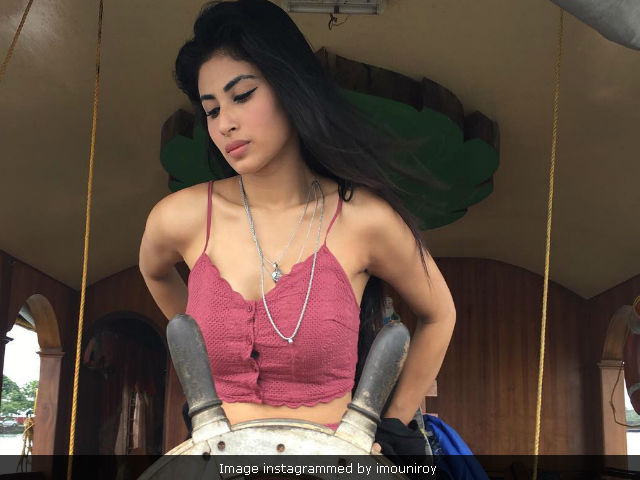 Television star Mouni Roy is currently one of the top actresses on the small screen courtesy her hit shows like Naagin and Devon Ke Dev...Mahadev. Mouni Roy, 31, is also one of the most followed celebrities on photo sharing app Instagram where she shares both snippets of life outside the realm of television and behind-the-scenes action from the sets of her television show. Mouni Roy, currently plays lead role in TV show Naagin 2 in which she plays the role of a shape-shifting serpent Shivangi who has vowed to avenge her mother Shivanya's death and in the first season Mouni played the role Shivanya.
The fantasy show enjoys top TRPs despite being dubbed "regressive" by tele-viewers and Mouni Roy is unapologetic about her role and show saying: "We don't force, we don't shove it down anybody's throat," reported news agency IANS.
Mouni started her small screen journey with Ekta Kapoor's Kyunki Saas Bhi Kabhi Bahu Thi in 2007. After that she took up roles in shows like Do Saheliyaan and Kasturi. Her next breakthrough role came in 2011 show Devon Ke Dev...Mahadev, which ran successfully for four years. She played the role of Sati.
Mouni Roy has participated in several reality shows like Jhalak Dikhhla Jaa 7, Comedy Nights Live, Comedy Nights Bachao and has hosted dance reality show So You Think You Can Dance.
Here are 50 stunning pictures of Mouni Roy: