My nature made me win Bigg Boss: Urvashi Dholakia 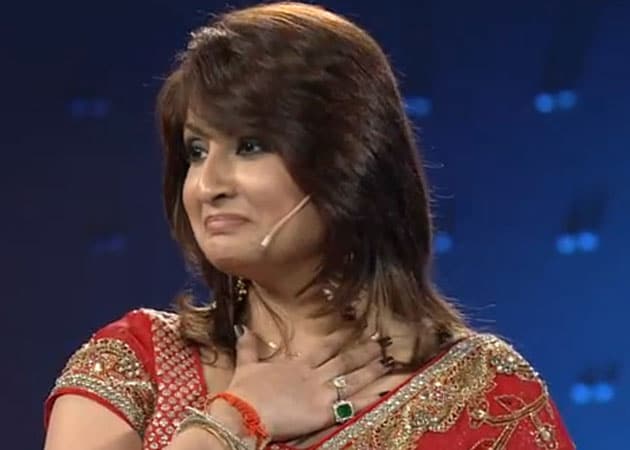 Urvashi Dholakia believes it was her straightforward nature that helped her win Big Boss 6.

Urvashi Dholakia believes it was her straightforward nature that helped her win Big Boss 6. The actress bagged Rs 50 lakh as prize money, and admits she "never earned so much money at one go in my life".
"This is the way I am and how I have always been. You can ask everyone. I told them I never thought that I could last so long. My straightforwardness works against me, but today it worked for me and I won," Urvashi told IANS.
"I never earned so much money together ever in my life. I can say this openly and this is a big thing for me. And I am very confident this time.
"I believe in the philosophy that the more you run after something, the more it runs away from you. So, the money was not at all important for me. I didn't come here because of that," she added.
Do not pretend, suggests the 33-year-old, best known for playing negative role of Komolika in popular TV show Kasautii Zindagii Kay.
"My personal experience is that be the way you are. You don't need to become someone else or have a split personality. If you are accepted the way you are, then it is good," said the mother of two teenage sons.
On the show, she faced criticism from the other inmates' family members. But Urvashi remained unperturbed. She said her motto was "not to use this platform. The platform gave me an opportunity to showcase how I am".
Talking about co-contestant Imam Siddique with whom she had several tiffs on the show, Urvashi explained that she noticed both positive and negative traits in his personality.
"Imam was playing a game and he claimed it too. I always believed there was a good and bad side to him. He has humanity but I can't understand his other side.
"So when that used to happen, I used to feel weird. I don't think anyone supported him from the beginning but me. All I told him was that he should (drop) this negativity."
Urvashi is open to work in films as well as television.
"Work is work... I respect all kinds of work. The industry has always been very welcoming. Even when I came after my separation, they accepted me and made me reach here," she said.
Since the beginning she was seen as one of the strongest contestants on the show. A single mother, she admits having some low moments during her stay inside the house.
"I got shattered at times, but then I resurrect my confidence. My career was written off in 2008, only by some people. My mother has taught me, 'What you sow is what you reap'. So whatever you do, do it after thinking nicely," she said.
She also feels that it is entirely up to a person how he or she deals with competition and problems.
"I am a human being and I have my low moments too... But this world is all about fighting for survival. Every field has competitors and it is up to you how to deal with it," she said.